The 32-year-old man was arrested for stabbing one Yunusa Garba to death in a Bauchi community. 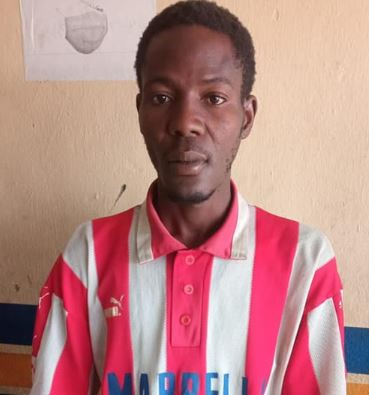 A 32-year-old man, Idriss Baba Saje, of Dass Local Government Area, has been arrested by the Bauchi State Police Command.

He was arrested for stabbing one Yunusa Garba to death.

Spokesperson of the command, SP Ahmed Mohammed Wakil, in a statement on Wednesday, January 4, said the suspect stabbed Garba on the chest with a sharp object when the deceased tried to intervene during a fight between him and the manager of a hotel.

"On 01/01/2023 at about 0130 HRS, the Patrol team attached to the Command's Quick Intervention Unit (QIU) while on routine patrol at Bayan Gari Area, received a distress call that one Idriss Baba Saje had an altercation that led to a physical confrontation with the Manager of Liberty Hotel Bayan Gari," the statement read.

"Yunusa Garba (Deceased) 'm' aged 25yrs of Gwallaga Area Bauchi who came to intervene was stabbed by the suspect Idriss Baba Saje with a sharp object on his chest, as a result, he sustained injuries,"

"On receiving the information, the aforementioned patrol team swiftly visited the scene and rushed the victim to Bauchi Specialist Hospital for medical treatment, but certified dead by the medical doctor,"

"The suspect was arrested and he confessed to the crime, the Commissioner of Police CP Aminu Alhassan psc(+) directed that the suspect be immediately charged to court on completion of the investigation."