Fancy Lied, She Had S3x With Alex In January After They Reconciled - Alex Ekubo’s Sister (Video)


Speaking out in an online interview with Obodo Oyibo, Ifeoma cleared the air on the shenanigans going on between the estranged couple. 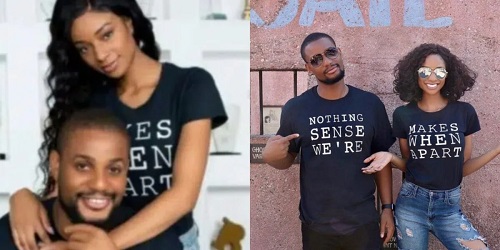 Fancy Acholonu has been labeled a pathological liar by Alex Ekubo's sister, Ifeoma.
Ifeoma claimed that Fancy lied that she never slept with her brother, Alex Ekubo.
Speaking in an online interview with Obodo Oyibo, Ifeoma cleared the air on the soured relationship between her brother and Fancy.
Touching on Alex Ekubo’s s3xuality, Ifeoma shut down rumours that her brother is gay and slammed Fancy for fueling such reports with her “Live in your truth” statement and that they never had s3x during their 5 years relationship.
Ifeoma insisted that her brother isn’t gay and faulted Fancy for spreading false rumours about him. Ifeoma claimed that the two had s3x in January and as such, the ‘gay’ reports aren’t true.
Recall that in an interview with Stella Dimoko Korkus, Fancy Acholonu revealed that for the five years they dated, he never had intimacy with her.
“I tried my best. He wanted to get back with me as much as I did. We’ve been at this for one year. But he felt since I broke up with him I should do more of the work. I was fine with that but his methods are cruel and constantly public. His s3xuality is not the reason I broke up with him. I’m very open minded so regardless of what he prefers, love is love for me. I loved him for his personality and heart nothing more. He didn’t want to be with me intimately which was confusing and difficult for me to understand especially for 5 years so it did affect my self esteem as I kept myself for him and when he would cheat with curvy women he wouldn’t perform with them either so I don’t know, I can’t confirm or deny his s3xuality but for me, I loved him despite all and he still found ways to hurt me.
Watch video below:
Top Stories