Cardinal Onaiyekan Warns Politicians, Reveals What Will Happen If 2023 Election Is Rigged


The Catholic Archbishop Emeritus of the nation’s capital spoke while marking his 40th anniversary as Bishop. 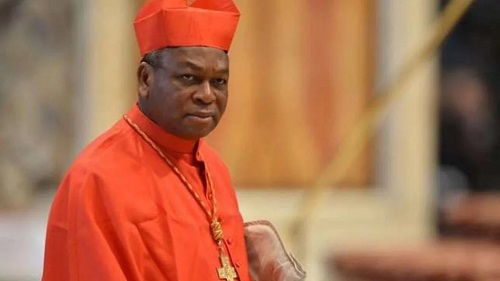 John Cardinal Onaiyekan has said there will be consequences if the 2023 election is rigged.
He said with the current yearnings of the people, “the election will no longer be business as usual”.
Onaiyekan spoke on Saturday at the Holy Trinity Church in Maitama, Abuja.
The Catholic Archbishop Emeritus of the nation’s capital marked his 40th anniversary as Bishop.
Onaiyekan told politicians to “desist from any form of manipulation to their favour if not voted for”.
The religious leader said those planning to “play games and schemes” must drop their plot.
“They should allow this election to run in a free and fair way”, said the ex-Christian Association of Nigeria (CAN) leader.
Onaiyekan confirmed he has no special candidate but only wants the wishes of the electorate to prevail.
He said the current mood of Nigerians is not the type that would “quietly accept a rigged election”.
“There will be serious repercussions if anybody doesn’t allow free and fair elections,” Onaiyekan warned.
Top Stories