The suspect stabbed Rabi'atu to death with a screwdriver and strangled her 8-year-old daughter with her head tie. 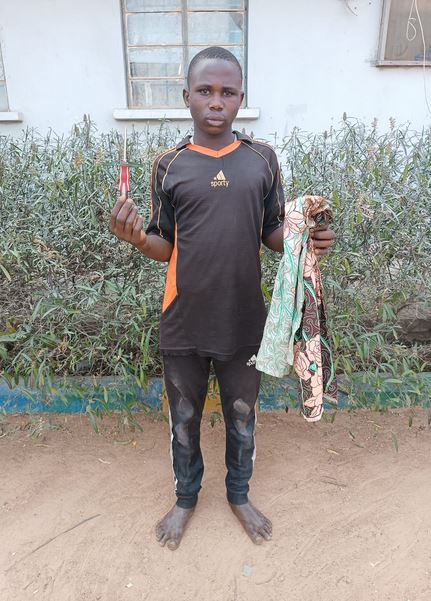 A 20-year-old man identified as Gaddafi Sagir has been arrested by the police for killing his pregnant stepmother, Rabi’atu Sagir, 25, and her daughter, Munawwara Sagir, in Kano State.

The incident occurred at Fadama, Rijiyar Zaki Quarters, in Ungogo Local Government Area of the state on Saturday, January 7, 2023.

The spokesman of the command, SP Abdullahi Kiyawa Haruna, who confirmed the incident in a statement on Sunday, January 8, said the suspect stabbed Rabi'atu to death with a screwdriver and strangled her 8-year-old daughter with her head tie.

"On 07/01/2023 at about 2330hrs, a report was received from one Sagir Yakubu, ‘m’, of Fadama Rijiyar Zaki Quarters, Ungogo LGA, Kano State, that he returned home and met his pregnant wife, one Rabi’atu Sagir, ‘f’, 25 years old and her daughter, Munawwara Sagir, ‘f’, 8 years old in a pool of blood motionless. And that, he is strongly suspecting his son, Gaddafi," the statement read.

"On receipt of the report, the Commissioner of Police, Kano State Police Command, CP Mamman Dauda, psc(+) raised and instructed a team of Detectives led by CSP Usman Abdullahi, Divisional Police Officer (DPO), Rijiyar Zaki Division to proceed to the scene, rush the victims to Hospital and ensure the arrest of the culprit(s).

"The team immediately went to the scene, cordoned off the area and rushed the victims to Murtala Mohammed Specialist Hospital Kano, where a Medical Doctor certified them dead.

"The suspect, Gaddafi Sagir, ‘m’, 20 years old was arrested in an uncompleted building in an attempt to escape from Kano.

"On preliminary investigation, the suspect confessed to having singlehandedly used a screwdriver, stabbed his stepmother on her neck and forehead and strangled her daughter with her head tie until she was no longer breathing. An investigation is in progress."