The accounts domiciled in various commercial banks, had cash inflows of N4.3bn and outflows of N7.9bn, while over N50bn had passed through them. 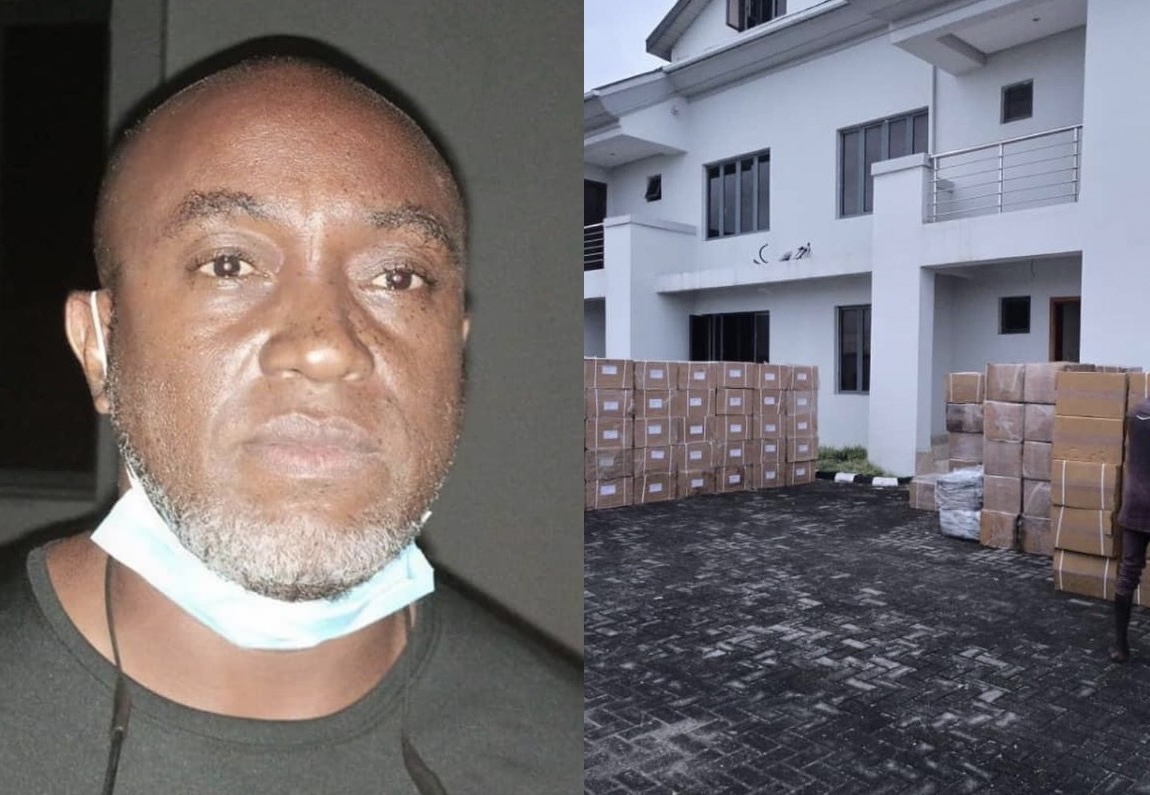 A staggering N4.3 billion found in 126 bank accounts belonging to a suspected drug lord, Nsofor Chukwukadibia has been frozen.
The National Drug Law Enforcement Agency revealed that the accounts domiciled in various commercial banks, had cash inflows of N4.3bn and outflows of N7.9bn, while over N50bn had passed through them.
This was contained in court documents obtained by Punch in Abuja on Friday.
Chukwukadibia was arrested last October following the discovery of a large consignment of drugs worth N8.8bn from one of his mansions in the highbrow Victoria Garden City, Lekki area of Lagos.
The substances were contained in hundreds of cartons kept in the house, according to a statement by the NDLEA Director of Media, Femi Babafemi.
Sequel to the investigations into Chukwukadibia’s drug trafficking empire, the NDLEA last week uncovered domiciliary accounts with $381, 794.19 (about N267,255,933) , £5,543.24 and another N100m.
The NDLEA has also confiscated 20 mansions belonging to the suspected drug baron located in Lagos, Abuja and the South-East.
Six of the buildings were located in Victoria Garden City, it was learnt.
“Though he claimed to have sold the mansions in the South-East, investigation is going on to ascertain his claims. Meanwhile, he is due to face drug trafficking and money laundering charges soon,’’ a senior official confirmed to SUNDAY PUNCH.
It was further learnt that the NDLEA also seized nine vehicles, including three bulletproof SUVs from Chukwukadibia’s residences.
In a related development, the drug agency has struck an agreement with India to block the illegal importation of tramadol from the Asian country.
This is expected to significantly reduce the shipping of tramadol and other banned drugs into Nigeria in addition to the successful operations against the drug barons which had led to the crippling of their criminal networks across the country.
Top Stories