A video making the rounds on social media sees Chichi walking excitedly toward her new ride while fans gush in the background. 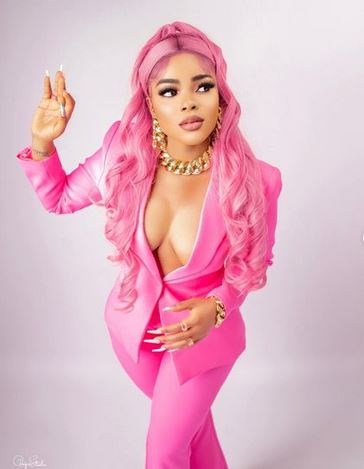 The reality star has been dragged online since she announced her 23rd birthday celebration on the 9th of January 2023. Many trolled the exotic dancer and even went as far as digging up her old photos from Facebook.

Some additionally alleged that Chichi was once married with a kid, but abandoned her family and moved to Dubai.

This amazing news of her brand new car comes after her fans treated her to surprise gifts. They also gifted her money that has now been summed up to N7 million.

A video making the rounds on social media sees Chichi walking excitedly toward her new ‘baby’, while fans gush in the background.