Sport took possession of a series of Whatsapp messages exchanged between the former Barcelona board, which revealed an intense animosity towards the Argentina football King. 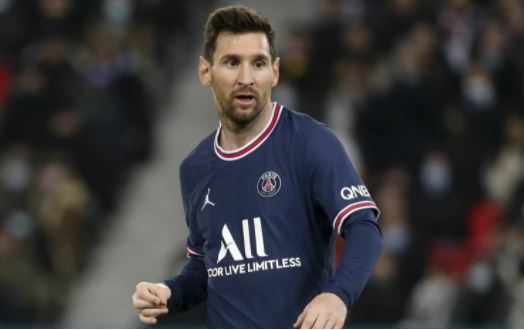 Popular Spanish football newspaper, Sport reports that the now PSG superstar was slammed after he demanded that his weekly wages and that of Luis Suarez not be touched during the club’s financial crisis.

Sport took possession of a series of Whatsapp messages exchanged between the former Barcelona board, which revealed an intense animosity towards the Argentina football King.

Members of the board took to the group chat to make their feelings known and there Pontí unleashed a volley of disrespectful comments targeting the 35-year-old superstar.

Messi spent almost his playing years at Barcelona where he won multiple titles and individual awards and left the club in a controversial manner in 2020.

“And above all, the accumulation of blackmails and disrespect that the club and those of us who work at the club have suffered from this hormonal dwarf who owes Barcelona his life… ah!”

“But when things go wrong [pandemic] you receive the mythical WhatsApp message: ‘presi, lower the salary of the others, but don’t touch me and Luis’. I hope he leaves amidst the indifference of the people, which is the worst thing that can happen to him.”