According to Uriel, she doesn’t want a man to eat from her as she is too grown to have a space for sugar boy. 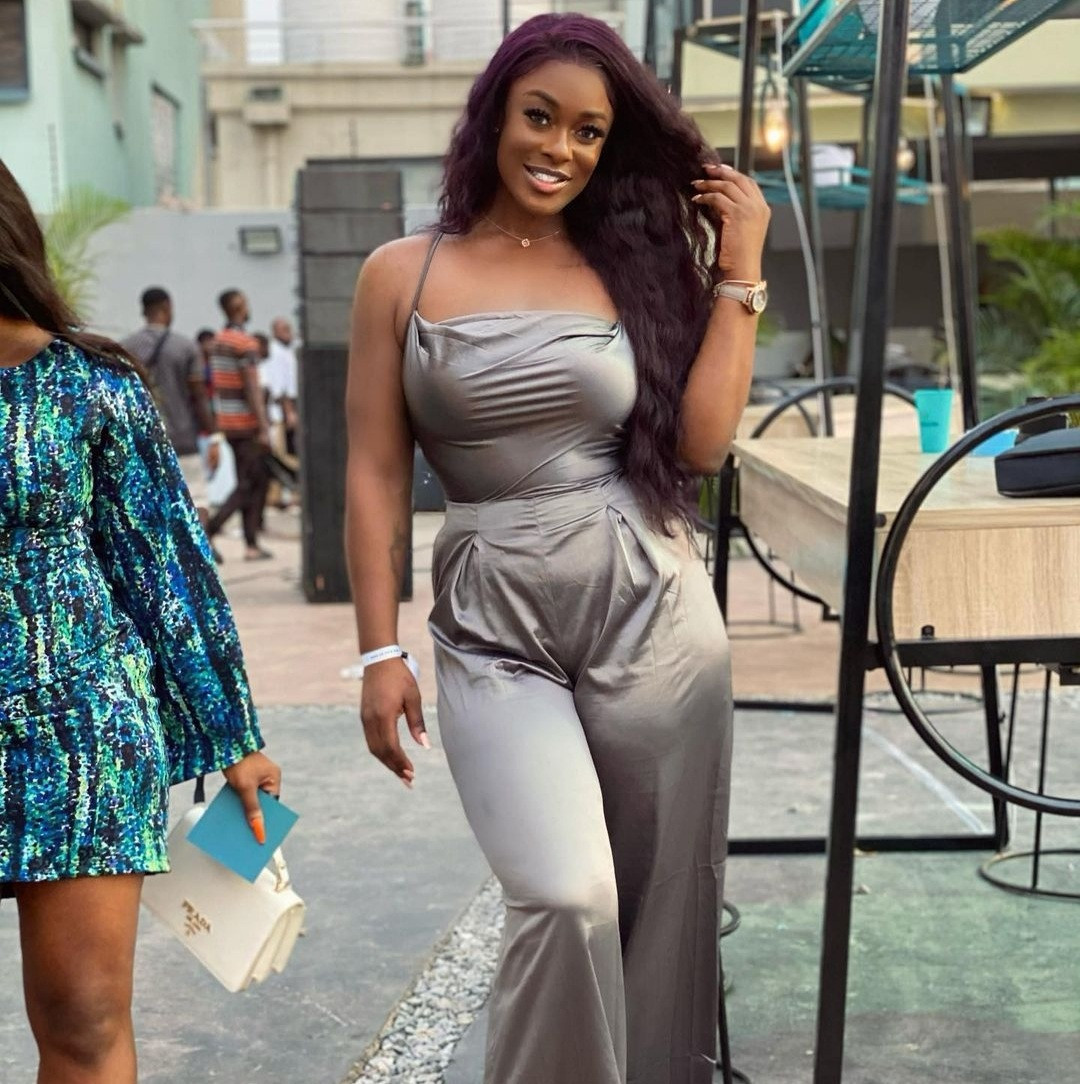 Former BBNaija housemate, Uriel Oputa has revealed that she doesn't have a space for a sugar boy in her life.
The star and fitness enthusiast made the revelation on her Instagram stories.
She was reacting to a fan who had begged to be her sugar boy.
According to the fan, he has been following her and would want to be her sugar boy.
However, Uriel replied that she's a grown woman and doesn’t want a man to eat from her, let alone have space for a sugar boy.
Checkout the full details below. 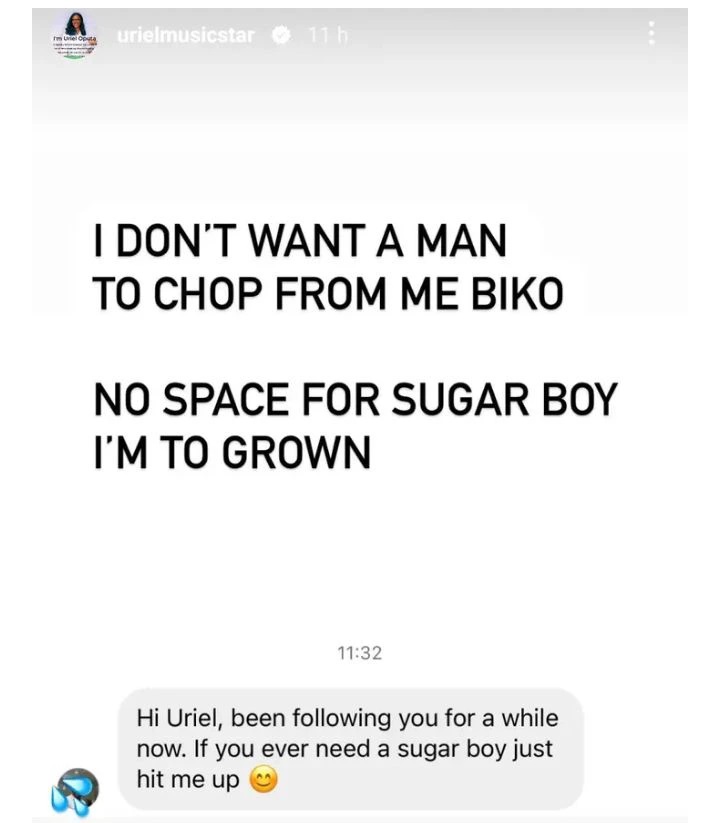