Unbelievable! Man Cuts Off His Wife's Hands for Not Getting Pregnant 7 Years After Marriage (Photos)


A man who was really fed up with his wife's inability to conceive has shown his anger in a really evil way. 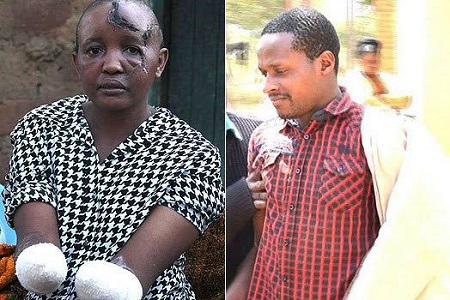 The man identified as Stephen Ngila Thenge, a 34-year-old Kenyan man has committed a really grievous crime.
The man allegedly chopped off the hands of his wife of seven years with a large knife just because she cannot have children, in what is said to be the most atrocious cases of domestic violence.
According to The Nation Kenya, 28-year-old Jackline Mwende from Kathama Village, Masii in Machakos County, had her hands chopped off at the wrist by her husband, Stephen Ngila Thenge (right) on July 24. 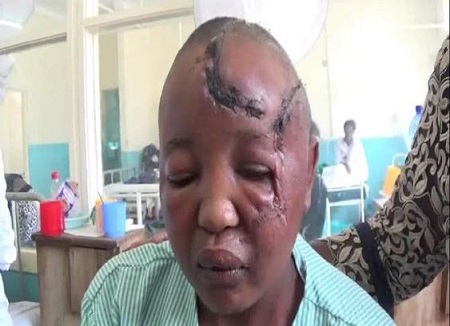 She is also nursing injuries on her head and neck from the gruesome attack. Relatives say the couple had been having issues and Ms Mwende wanted to leave her husband but was advised against it by "their pastor"
Ms Mwende, who spoke told the Nation Kenya at her father's Kathama home, where she now stays after her discharge from the hospital on Friday, July 29, said that before the attack, they had separated for about three months over failure to have children
"I could not understand why he was blaming me yet we had gone to hospital last year and the doctors had said he was the one with issues, which could be corrected," she said. She said her husband, a tailor at Masii town, refused to follow up on treatment.
"He moved out of our house three months ago and came back on Sunday (July 24) at around 8.30pm. When I opened the door, he said ‘today is your last day’ and started slashing me with the panga." 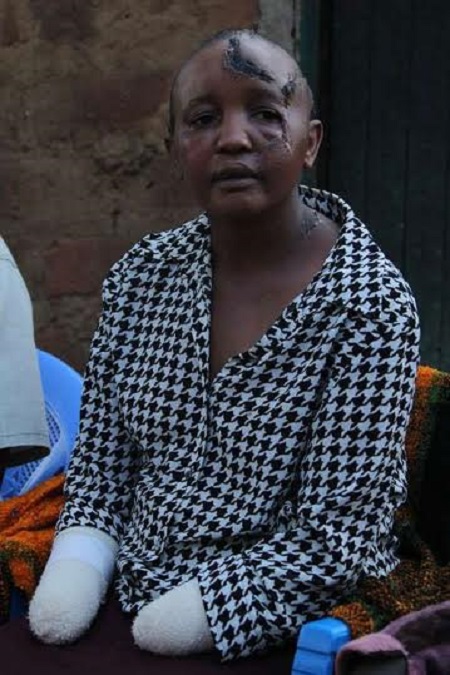 Ms Mwende called out for help but the man fled before neighbours arrived.
"They were all afraid of touching me, they thought I was dead. I was rushed to Machakos Hospital where I was given painkillers and got a blood transfusion. I was discharged on Friday."
Shocked villagers described Mr Thenge is a very "polite man". The man was arrested on Monday July 25 in Machakos town hours after he fled his home in Masii.
Ms Mwende's jobless parents are now appealing for help to take care of their child.

Mr Samuel Munyoki said: "We want justice for our daughter. The person who did this should pay for it. She is now disabled and will need artificial hands to get her life together but we can’t afford anything. We are poor, we can’t even afford her painkillers."
Ms Mwende said she was leaving everything to God even as she expected justice from the courts. Machakos women Representative Dr Susan Musyoka condemned violence and said justice must be done.
Top Stories