EFCC 'Mocks' Treasury Looters on Facebook...See What the Agency Posted


The Economic and Financial Crimes Commission has taken a jab at the general public over their imbalanced reaction to a petty thief and treasury looters.

One of the anti-graft agencies in Nigeria, Economic and Financial Crimes Commission has undertaken a re-orientation of the general public about the celebration of treasury looters while the petty thieves are administered jungle justice. 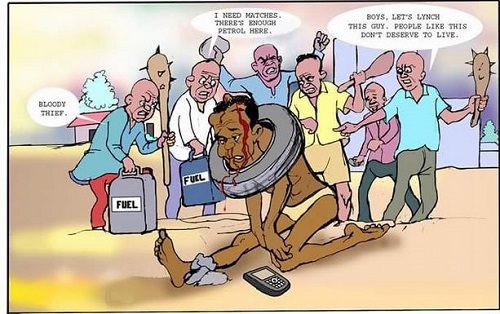 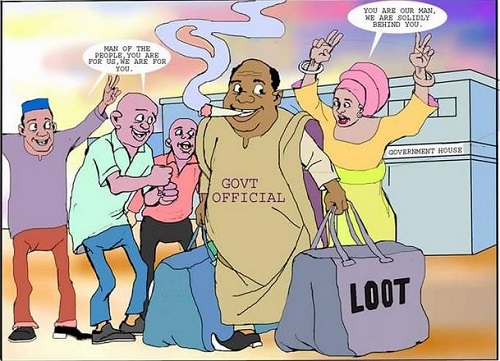 In the second cartoon picture, the character representing a politician/public office holder could be seen flaunting his loot publicly and being hailed by the deprieved people.
"We need to change our orientation as a people! Why celebrate treasury looters with chieftaincy titles and honorary degrees and condemn pick- pockets to death? Let us have a rethink, for a better Nigeria. #‎EFCC #‎treasurylooters" the EFCC reiterated.
Top Stories