As popular Nigerian Ponzi scheme keep the hopes of its millions of subscribers and investor in the hanging, an undergraduate whose money was freezed, has allegedly attempted suicide. 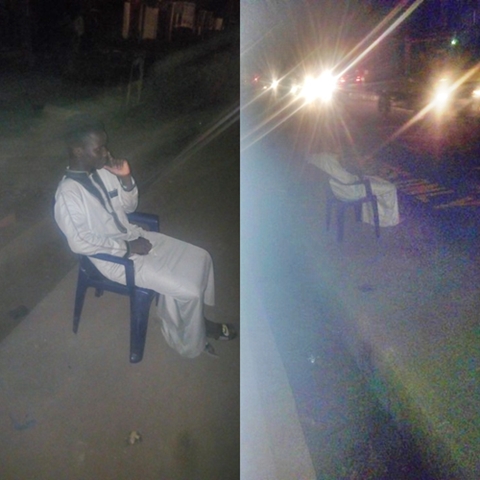 The suicidal student
An unidentified Student of the University of Ilorin, was on Wednesday night, February 22nd, at around 9pm spotted sitting on a very busy road which is a newly constructed bus terminus at Tipper garage with a plastic chair.
The young man was reportedly sitting on the road in an attempt to get killed by an oncoming vehicle.
It was gathered that the undergraduate's attempted suicide was a result of a huge amount of money he lost to a particular Ponzi Scheme.
Though the young man has been rescued, many online commenters have the opinion that he was simply seeking attention.
See another photo below; 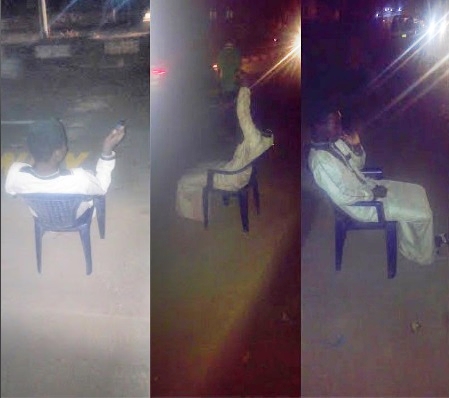