Another container filled with arms was discovered at the Tin Can Island Port in Lagos...the Nigeria Customs Service has released a statement to that effect as well as photos. 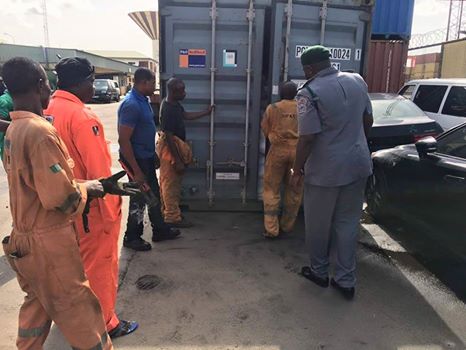 The container where the guns were discovered
TINCAN ISLAND PORT INTERCEPTS LARGE QUANTITY OF PUMP ACTION RIFFLES CONCEALED WITH POP CEMENT
Sequel to the renewed vigour and enthusiasm for effective Service delivery by the Nigeria Customs Service, the Tincan Island Command intercepted a total of four hundred and forty (440) pieces of assorted Pump Action Riffles.
Speaking with Journalists at the Enforcement section of the Unit, the Customs Area Controller, BASHAR YUSUF who introduced the subject to the media, stated that the seizure was effected through intelligence which necessitated the segregation of the 1 x 20ft container to the Enforcement Unit for physical examination. 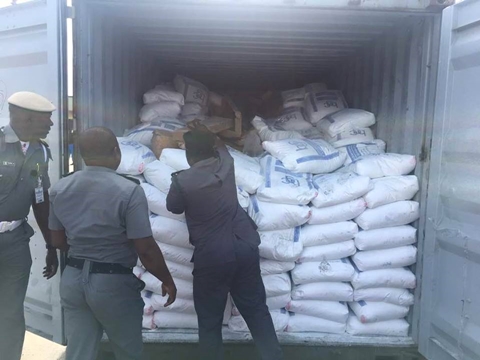 Speaking further, the Zonal Co-ordinator Zone ‘A’, ACG ABUE, M. N mni who represented the Comptroller-General, commended the controller for the spectacular seizure and described the Area Controller as a quintessential officer who have been contributing immensely to the success story of the Service. In his narrative, he confirmed the earlier assertion by the Area Controller that the seizure was based on intelligence. 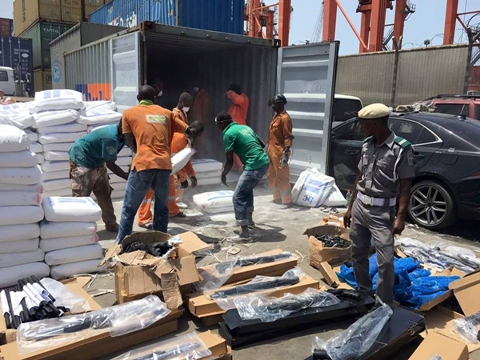 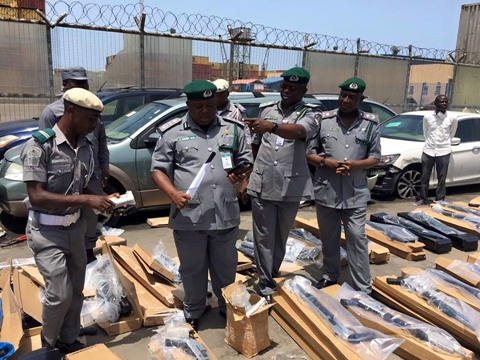 Answering questions from the media on the circumstance surrounding the seizure, the Customs Area Controller hinted that the importer declared the consignment as ANTISERA AND CANNULE (CHEMICAL FORMULAR).
He stated that based on intelligence, the 1 x 20ft container No. PONU 210024/1 was brought down to the Enforcement Unit of the Command, where a 100% physical examination was conducted which revealed all the items mentioned earlier. 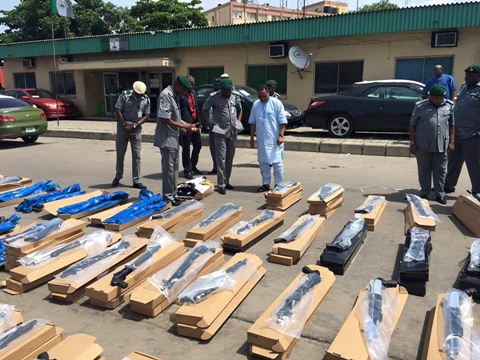 Speaking further on the status of the seizure, the Customs Area Controller stated that investigation is still ongoing with a view to unraveling those behind the importation and that further profiling of the importer will be carried out to get other details.
UCHE EJESIEME
Public Relations Officer,
For: Customs Area Controller
Nigeria Customs Service, Tin Can Island Port
Apapa – Lagos.
Top Stories