The story of the gallant officer who led the squad that captured notorious kidnapper, Chukwudi Dumeme Onuamadike has been told by a journalist. 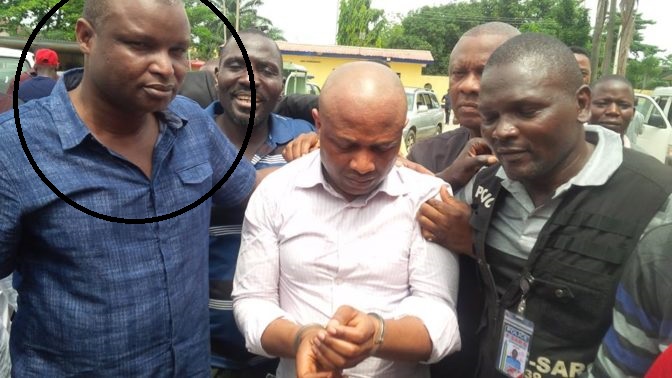 Abba Kyari circled, the detective who led the Special Intelligence Team IRT
A Nigerian journalist, Chris Kehinde Nwandu has narrated his encounter with Abba Kyari, the detective who led the Special Intelligence Team IRT, to capture notorious kidnap kingpin Chukwudi Dumeme Onuamadike, a.k.a Evans, who it says is the leader of a notorious kidnap gang behind many abductions that have instilled fear in Nigerians.
After the historic success, Abba Kyari, was hailed and praised by his colleagues who carried him up to jubilation after the big catch.
Writing on social media, Nwandu said: "I have not met Nigeria's number one crime buster Abba Kyari in my life though we've been friends on facebook.It was shocking that during the parade of Nigeria's most notorious kidnapper "Evans" yesterday, Abba was able to pick me out of the so many journalists. 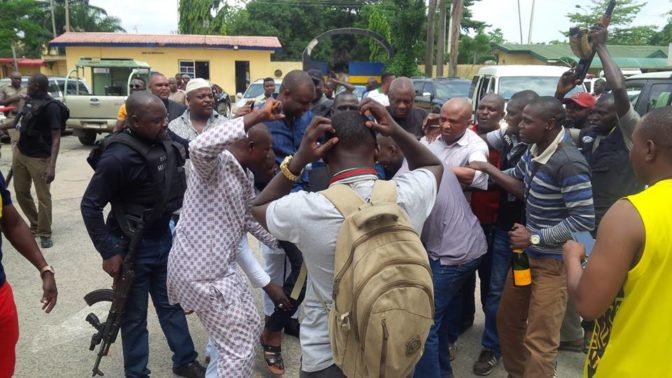 "He left what he was doing, walked up to me shouting CKN,CKN,CKN..We embraced severally. I became an instant celebrity among my colleagues and several top police officers at the event. Thanks bro,you're made for the top. Keep up soaring like an eagle. May Allah continue to protect you as you continue to diligently serve your fatherland. Amb CKN." 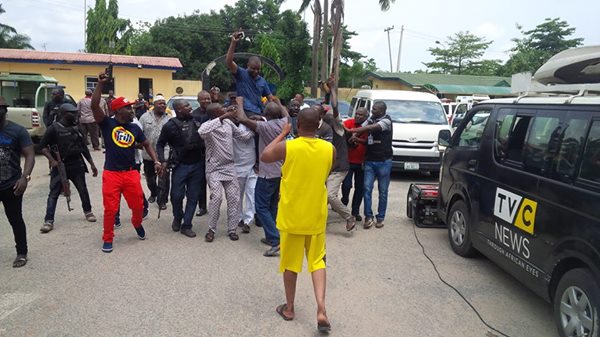 It would be recalled that Kyari also was the officer who led the operation that gunned down notorious Imo state kidnapper, Henry Chibueze, aka Vampire.
Top Stories