A woman who jokingly proposed to a man some three years ago, has ended up being married to him for real. 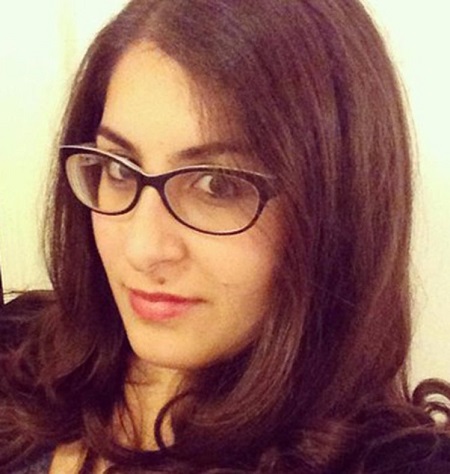 Llia Apostolou
A young lady, Llia Apostolou asked a stranger on Twitter to pretend to be her husband as a joke… and then married him for real three years later.
The woman posted in 2014: ‘Are you a man? Can I borrow you for a wedding next weekend? Bonus points if you can source a baby that I can pretend is mine too.’
Phil Gibson replied taking the bait, saying he was available ‘with a suit and everything’.
She replied: ‘See you at the altar.’
Phil replied, ‘It’s a date! Just a date though, right?’ 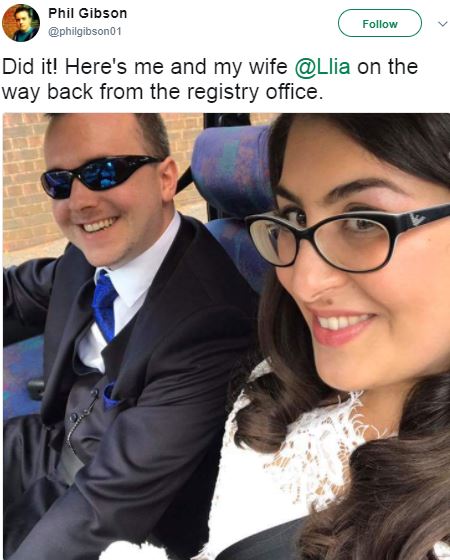 The bride and groom after their marriage
After he said his grandma was excited to meet her, Llia replied: ‘That’s nice and all, but I didn’t invite her to my wedding. No, wait, THE wedding. Slip of the tongue.’
He didn’t actually go with her to her sister’s wedding, but they arranged to meet up for a drink that week.
Writing on her blog, Llia described how she ‘tried to swat away the feeling that I was heading towards a moment that would change my life forever.’
But as it turns out, that feeling was totally right.
Top Stories