A Nigerian man has been arrested by the police in Abia state after he brutally murdered a woman he invited to his house.

The unlucky lady that was shot dead by the unknown man
A dramatic incident has taken place along Obohia road, Aba by Assemblies of God Church, Aba Abia state. Prosper Festus who reported the incident revealed that a lady was shot dead by an unknown man who had invited her to his house.
Festus reported that the two had a quarrel and the girl rushed out obviouly to spread a secret when the man took his gun and shot her dead. 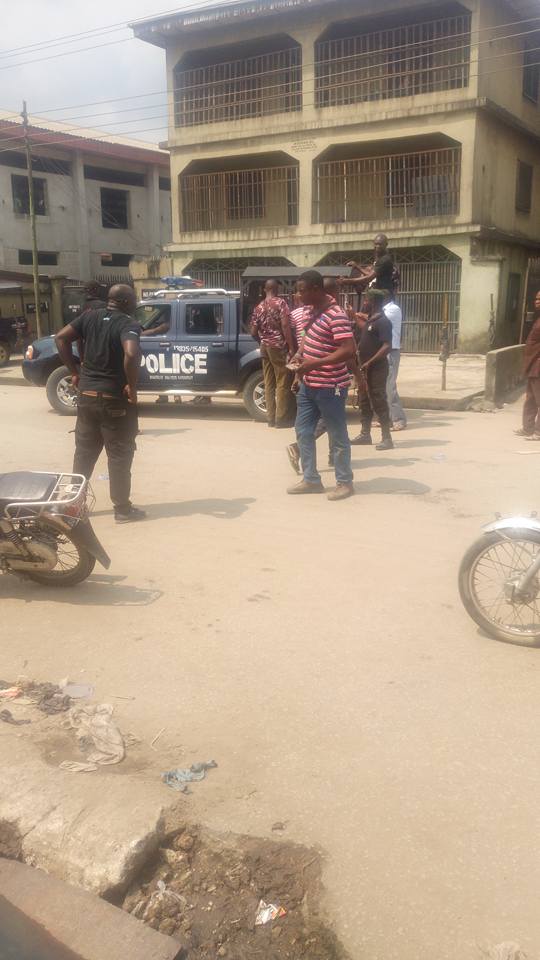 "This lady was shot dead right now in my street in obohia road Aba by Assemblys of God Church. A man invited her over to his house maybe they have issues the girl left his presence, he now went inside and brought out his gun and shot her.
"I don't know want she did, but it is like they have issues so the girl ran out to expose him, the man now chased her and shot her dead in the mainroad." Festus wrote on Facebook. (sic) 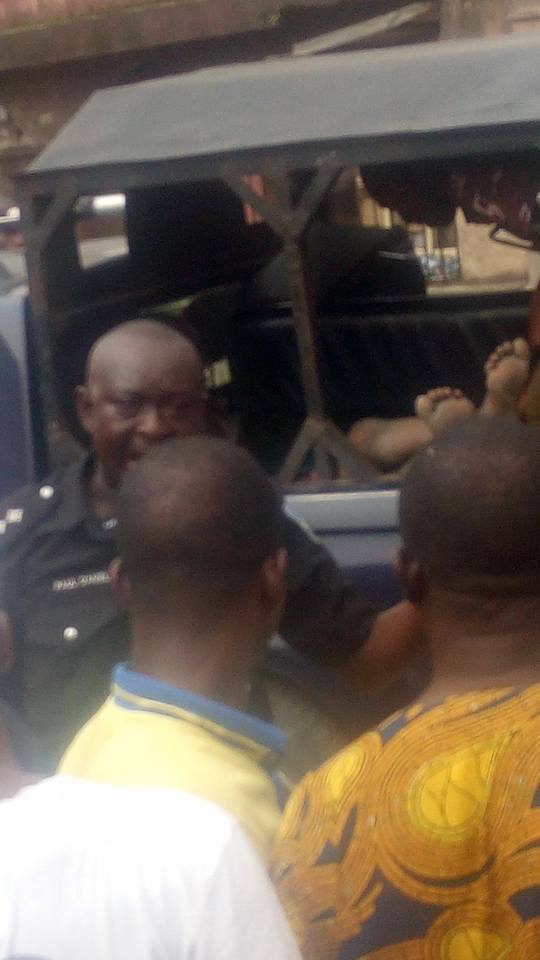 He further revealed that police men arrested the man after the incident.
"The man was later arrested by the police." Festus added. 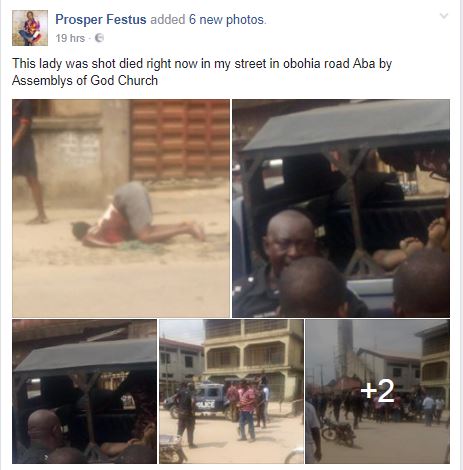