The Nigerian embassy in India, has asked to see the two Nigerians that were arrested in Punjab recently while on their way to allegedly to join ISIS. 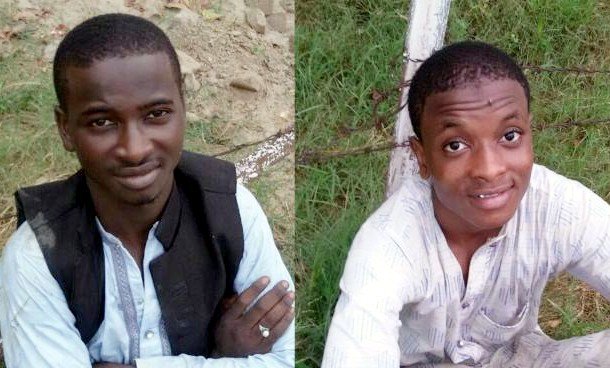 The Nigerian high commission in Delhi, India, has written to India's Ministry of Foreign Affairs to see the two Nigerians that were arrested in Punjab recently while on their way to Pakistan, allegedly to join the Islamic State terrorist group.
The two youths from Kano, identified as Imran Kabeer and Sani Jamiliu, are currently being detained by the Punjab Police in India, after they were arrested on suspicions that they were on their way to join ISIS.
The suspects, who live in New Delhi, came to India on student visas about a year ago. While Imran is pursuing a Bachelor of Arts degree at the Karnataka State Open University, Sani is a Bachelor of Science student of the Kerala-based Mahatma Gandhi University
The spokesman, Ministry of Foreign Affairs, Ogbole Ahmedu-Ode, confirmed that the Nigerian embassy officials had applied to see the suspects to “ascertain their claim of Nigerian nationality.”
“Our embassy in India has applied for consular access to see the boys so that we can ascertain their claim of Nigerian nationality,” he said.
In a related development, there are suspicions that the Lebanese ISIS terrorist, Ahmed Al Assir, could have forged the Nigerian visa in order to visit the country.
A diplomatic report shown to reporters on Wednesday, indicated that Assir did not apply to the Nigerian embassy in Lebanon for visa and that he must have forged the document. It said there was no record anywhere that indicated that the terrorist applied for the Nigerian visa.
The terrorist, who had been on the wanted list of Lebanese security forces, was arrested at the airport last Saturday while attempting to visit Cairo, Egypt, en route to Nigeria on a forged Palestinian passport.
The diplomatic report explained that Assir, who was of Palestinian extraction, had undergone surgery to alter his appearance so as to evade detection by security operatives. He was accused of involvement in the death of 17 Lebanese soldiers and had been sentenced to death by the court in 2013.
The document further stated that the wanted terrorist had been using different aliases to evade arrest and that his current pseudonym was not on the watch list of the Lebanese security forces.
“Assir has been using the fake name, Rami Abdul Rahman Taleb, to evade detection by security agencies in Lebanon. He did not apply to the Nigerian embassy for visa, meaning that he must have forged the visa he had on his fake passport when he was arrested with his companion, Khaled Sidani, at the airport,” it stated.
Ahmedu-Ode said, “investigation is ongoing” to determine how the terrorist came about the Nigerian visa.
Meanwhile, the Defence Headquarters on Wednesday denied media reports that over 150 people from Kukuwa-Gari village were shot dead by Boko Haram gunmen in Yobe State. The DHQ said troops indeed killed four Boko Haram members in a gunfight after the insurgents ran into a military ambush.
A statement by the acting Director, Defence Information, Col. Rabe Abubakar, in Abuja pleaded with the media to always seek clarifications on their information before publishing.
Abubakar’s statement read, “The truth of the matter is that the military got an intelligence report concerning a planned attack by Boko Haram on Kukuwa-Gari Village in Yobe State. Following the tip-off, troops and civilian JTF laid ambush between Kukuwatashi and Kukuwa-Gari villages.
“The insurgents ran into them and a gun battle ensued in which four Boko Haram members and one civilian JTF lost their lives. At the end of the encounter, two AK 47 rifles and two motorcycles used by the Boko Haram terrorists were recovered from them.
“The military is doing all within its power to protect lives and property of Nigerians in any part of the country and thus, solicits cooperation and understanding of the media to be partners in progress in this noble task.”
Top Stories