Photo: Hoodlums Tied Upside Down to Iron Bar and Dealt With After They were Caught


Some alleged criminals have been savagely disciplined by some youths after they were caught engaging in a criminal act. 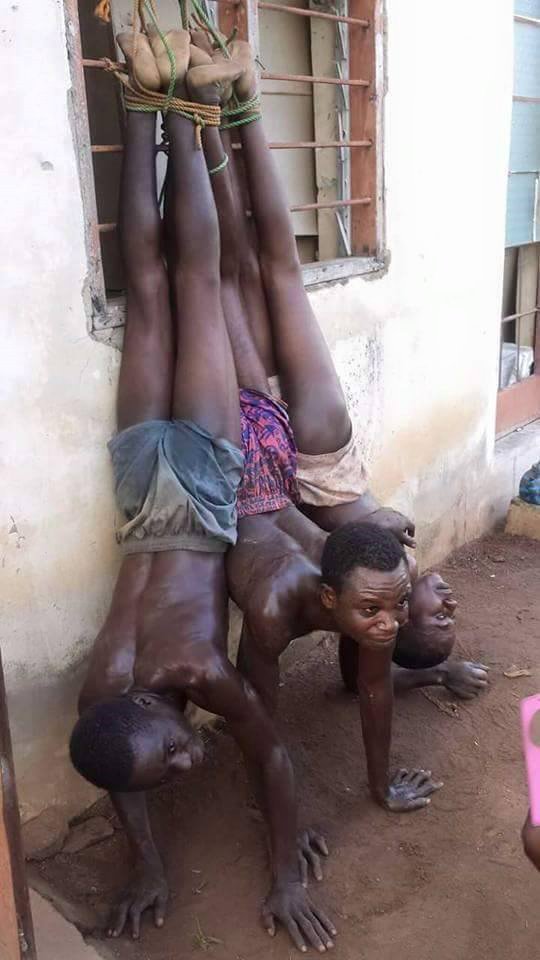