The Nigerian Air Force has airlifted the released Dapchi girls from Abuja back to Maiduguri where they will be taken back Dapchi to finally meet with their parents. 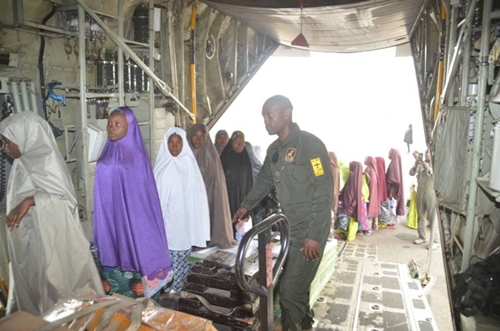 The girls being airlifted
The 104 Dapchi schoolgirls have arrived the Yobe State capital, Damaturu, on their way home to reunite with their families.
The girls left Abuja Sunday morning via a military airplane following their meeting with President Muhammadu Buhari on Friday. 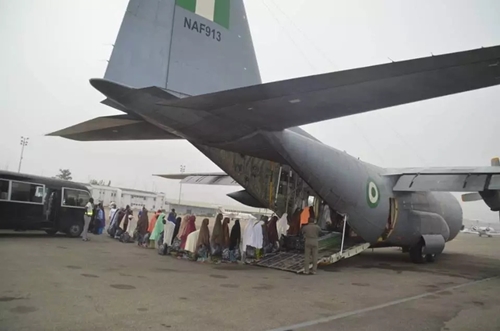 They arrived Maiduguri airport at about 9 a.m. and were immediately conveyed in waiting vehicles amidst tight security to Damaturu by road.
The girls arrived Damaturu at noon from where they headed straight towards their hometown, Dapchi, about 101km from the capital. 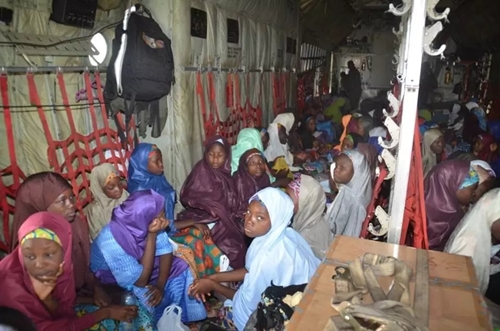 It was gathered that parents of the girls have gathered in Dapchi awaiting their daughters.
The 104 girls were freed last week, about a month after they were kidnapped from their secondary school in Dapchi. Five others died during the kidnap while the last girl, Leah Sharibu, remains with the Boko Haram who held on to her after she allegedly refused to denounce her Christian faith.
Details later…
Top Stories