Influential lawmaker and chieftain of the ruling All Progressive Congress (APC) Senator Dino Melaye, who attempted to escape police arrest has landed himself in the hospital. 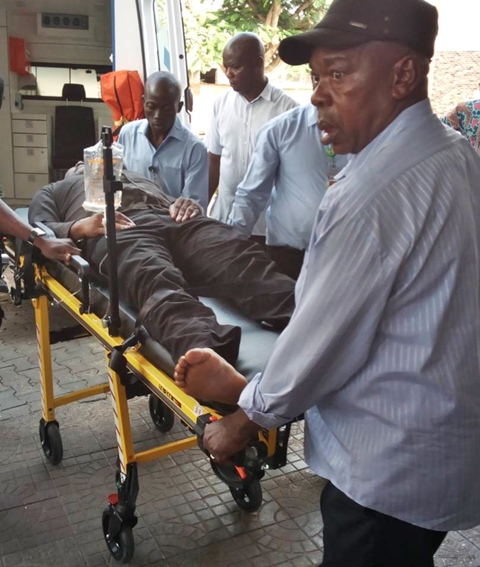 Senator Dino being admitted in hospital
The senator representing Kogi west, Senator Dino Melaye, has just been admitted into Zankili Medical Center, Mabuchi, in the federal capital territory (FCT) after sustaining injuries in a bid to escape from Police who earlier arrested him.
According to TheCable, hospital ambulance brought the lawmaker at the hospital around 4:25pm, after which he was admitted into the emergency unit.
There were no security operatives when he arrived. 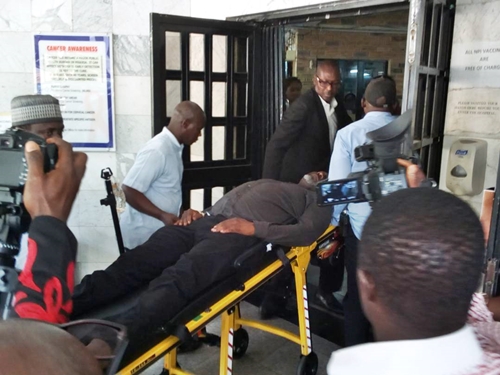 It was gathered that the senator was reportedly being led to court by the Policemen on Tuesday afternoon when he attempted to escape. The police vehicle carrying Melaye reportedly turned to an unknown location, around Area 1, Abuja.
Unconfirmed reports have it that the security agents had manhandled him and had planned to take him to Kogi, his home state, but Melaye was said to have immediately jumped out of the vehicle, wounding himself in the process. 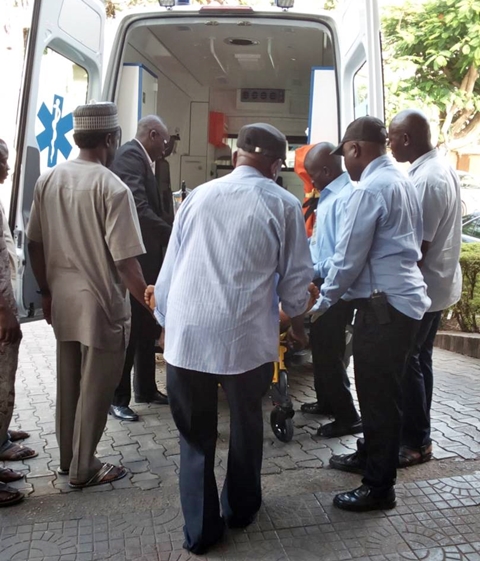 He is expected to be paraded later this evening among other hardened criminals who implicated him in the crime that necessitated his arrest.
Photo credit: Aminu Omoye
Top Stories