Spain and Portugal yesterday gave football fans something to relish as they both played out a 3-3 draw with Diego Costa scoring a controversial goal. 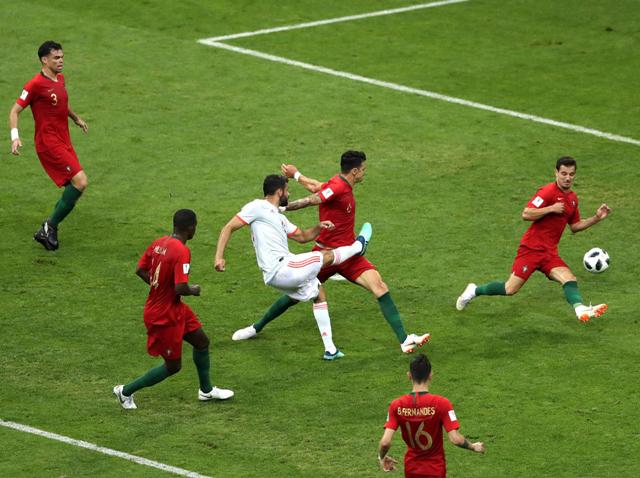 Diego Costa’s goal makes World Cup history
Diego Costa’s equaliser for Spain against Portugal on Friday was the first time a World Cup goal was awarded after a review from the Video Assistant Referee (VAR).
The striker’s goal was allowed to stand in spite of a collision with defender Pepe.
Costa ran into the Portuguese centre back in the build-up to his equaliser in the 24th minute to cancel out Cristiano Ronaldo’s fourth minute penalty.
Italian referee Gianluca Rocchi gave the goal after consulting the VAR team.
The system, which was trialled in Germany’s Bundesliga and Italy’s Serie A last season, allows the video assistant to review decisions where a “clear and obvious” error is spotted.
Later in the first half, Spain midfielder Isco asked Rocchi to consult the video assistant again when a shot from Andres Iniesta came flying off the underside of the bar.
However, the Italian indicated he would have received a signal on his watch from the goal line technology being used had the ball crossed the line.
-Reuters/NAN
Top Stories