A little boy has been left scarred for life after a jealous second wife poured hot water on him in annoyance. 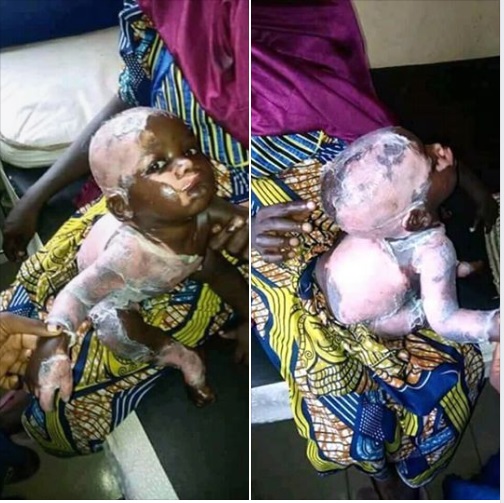 The little boy scalded by the jealous woman
A woman has found herself in serious hot soup after being arrested for allegedly pouring hot water on a little boy in Jigawa.
The woman believed to be the second wife, out of jealously, allegedly scalded the little boy with hot water recently to spite his mother (her rival and their husband) in Buji Local Government Area of Jigawa State.
The little boy is currently undergoing medical treatment in the hospital under the care of his mother and the alleged attacker, arrested by the police.
The woman will be charged to court as soon as investigations are concluded.
Top Stories