A speeding trailer has reportedly crushed an Abia State University graduate after he fell off a bike while on his way to Umuahia. 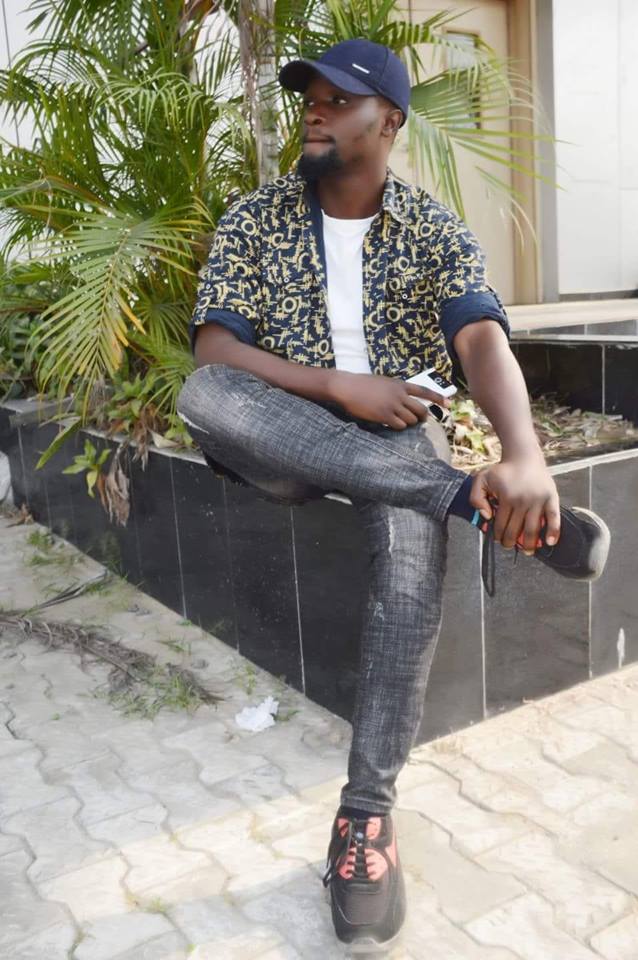 The late Akachukwu Enekwa Joel
A graduate of Abia State University, Uturu identified as Akachukwu Enekwa Joel has met his untimely death after falling off a bike along Okigwe expressway while trying to avoid a speeding trailer.
It was gathered that Joel who was on his way to Umuahia, Abia state capital, was crushed to death by the trailer he was avoiding. 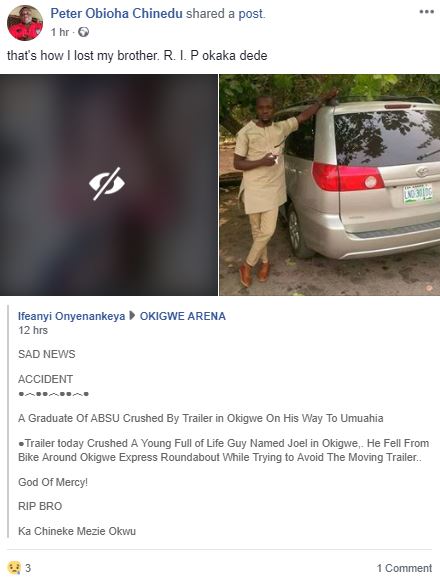 According to eyewitnesses, Joel died on the spot.
His corpse has been deposited at the mortuary, as friends and loved ones took to social media to pen down tributes to him. 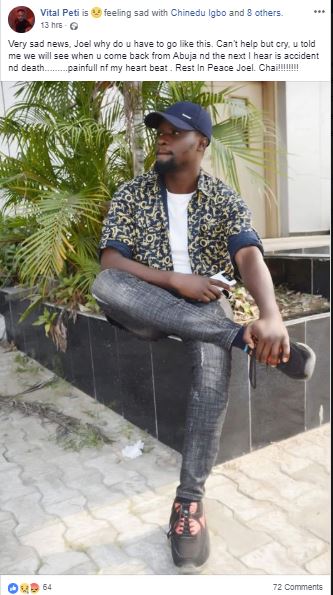 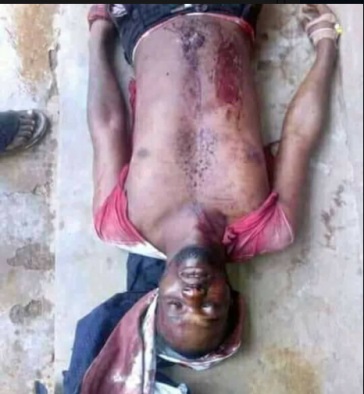