A female graduate who is frustrated about her inability to get a job, has taken the bull by the horn as she stands on the roadside to plead to people for a job. 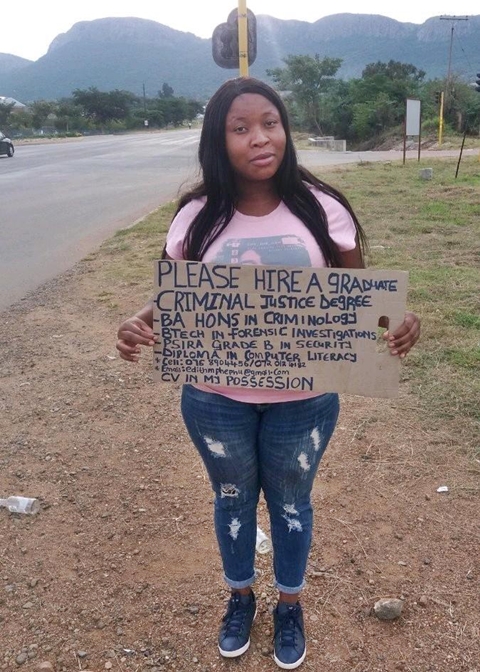 The jobless graduate
A female Twitter user identified with her handle as‏ @MokoenaDee, has taken to the social networking platform to share the photo of a desperate graduate begging for a job on the side of a road.
The photo which was attched in the tweet making the rounds online, shows the graduate holding a placard that displayed her qualifications.
The unnamed lady revealed in the placard that she holds a BA in criminal justice, BA (Hons) in Criminology, BTech in forensic investigation, and a Diploma in computer literacy.
As at the time of filing this report, it is unclear where the graduate is located, but the photo has been retweeted over 2,000 times in a bid to publicise her plight.