Rivers Guber: Why Wike Will Not Return In 2019 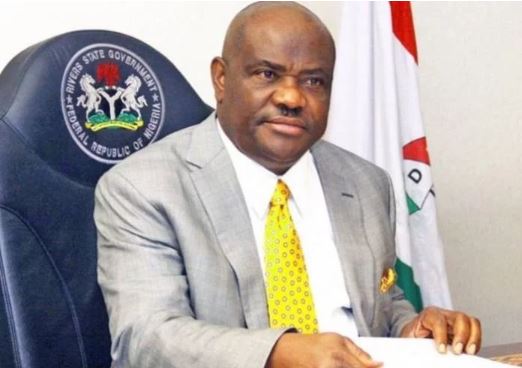 Governor Nyesom Wike
A chieftain of the All Progressives Congress, APC, Ibifuro Tatua has carpeted Governor Nyesom Wike for allegedly ‘leading Rivers State into a deep security crisis.’
She said this was one of the reasons the Governor will not return to power in 2019, adding that Wike was a weak steward on infrastructure and human capital development.
Addressing party stalwarts, coordinators of the Tonye Cole 2019 Volunteer Group, and ethnic leaders in Port Harcourt, Tatua praised the APC governorship candidate for his efforts at charting a new course for Rivers people.
“Rivers people are simply not happy with Wike’s government. We have done our homework. Wike will not come back in 2019,” she said.
Tatua told the large crowd that Cole’s interest in the governorship was not based on selfish reasons but to bring about a better Rivers State.
“The businessman and governorship hopeful has the decency to live above board. He will respect the autonomy of the Rivers State House of Assembly, make state’s development more inclusive and put the poor first. He will also focus on education, the economy, poverty reduction and empowerment”
Tatua who spoke on Cole’s vision of peace, prosperity and social justice urged monarchs in Rivers State to support the APC gubernatorial flag bearer.
She stressed that the APC governorship flag bearer would “treat the good people of Rivers State with decorum and honour.”
She added, “Rivers State needs a man of integrity, character and vision. Rivers State needs someone who understands our people. Tonye Cole is a pragmatist.
“He has character and integrity. He will pay attention to people with disabilities, embark on general reforms, revolutionize social infrastructure, particularly roads, basic health care, potable water, functional educational system and healthy ecosystem.
“The people have said clearly what they want and God has decreed it also. Wike, a threat to the nation’s democracy, is not the type of governor Rivers people want for a second term. He will go down in history as a governor that concentrated on white elephant projects, exacerbated the security crisis and stopped financial aid to Rivers State students abroad “she said.
The member, Board of the National Commission for Nomadic Education, also spoke on the second term ambition of President Muhammadu Buhari.
“Buhari has done well. Our people are proud of him. He is a focused leader,” she added.
Top Stories