The presidency has blamed former Nigerian president, Goodluck Jonathan for the delay in the formation of Buhari's cabinet. 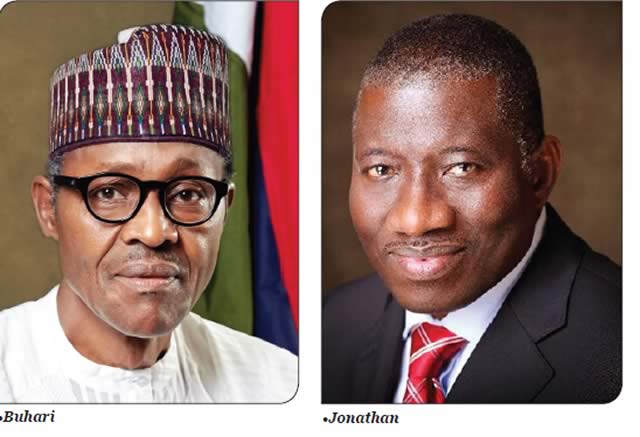 It has been reported that the Presidency has blamed former President Goodluck Jonathan for causing the delay in the formation of President Muhammadu Buhari’s cabinet.
Buhari was inaugurated on May 29, 2015 but formed his cabinet on November 11 of the same year.
Speaking on Channels Television’s Sunrise Daily on Monday, the Senior Special Assistant to the President on Media and Publicity, Mallam Garba Shehu, said Jonathan did not give Buhari handover notes until 48 hours before his departure.
He said, “That President Buhari took 166 days to form a cabinet is absolutely untrue. It took him time to form a cabinet because the outgoing administration in 2015 did not cooperate with the transition committee.
“The President was given handover notes 48 hours to the handover of power and for whatever reason, the President at that time determined that two governments would not operate at the same time.”
However, a Spokesman for the Atiku Abubakar Campaign Organisation, Mr. Phrank Shuaibu, said Buhari had a penchant for blaming others but himself.
Shuaibu said it was laughable that Buhari who had contested the Presidency for 12 years could take over 160 days to set up a cabinet.
He added, “Saying Mr President had to wait for handover notes from his predecessor before forming a cabinet is an admittance of lack of preparedness for the office of the President and the onerous responsibility of managing a country like Nigeria.
“For an office you sought election for four times, obviously you should be able to identify eggheads that can help you manage the country. He didn’t need to wait for handover notes before being able to form a cabinet. He had no working plan. He was practically what El-Rufai would refer to as an accidental public servant or an accidental President.”
Top Stories