Paul Pogba appears elated about the sack of his former boss, Jose Mourinho as he took to Twitter to shade him. 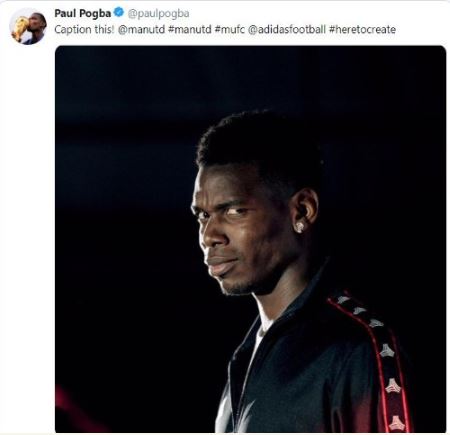 Paul Pogba's controversial post
Paul Pogba is trending online after appearing to mock Jose Mourinho on social media after his sack as coach by Manchester United.
Mourinho was finally relieved of his duties after an abysmal start of the season with the club now expected to name a caretaker boss until the end of the campaign.
The French midfielder, Pogba who has started the past few matches on the bench, posted an image of himself on his Instagram and Twitter accounts with smug look on his face and a description saying: "Caption this!"
The post was online for only a few minutes before he deleted it.
Top Stories