Meet The Man Who Covered His Whole Body In Tattoos, Including His Private Part (Photos)


A man who is apparently obsessed with having tattoos has been found out to have covered his entire body with the designs. 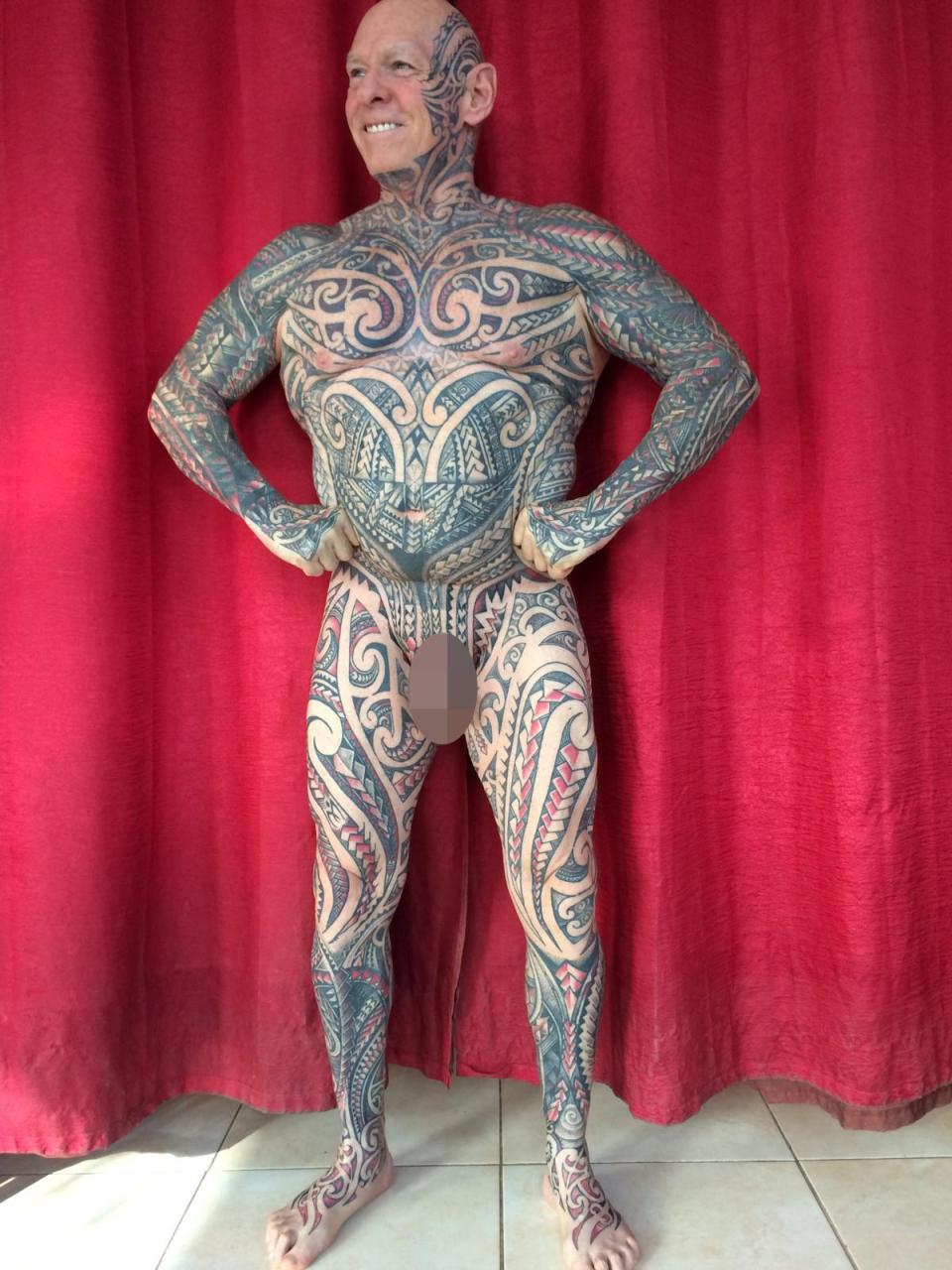 Ray Houghton is now covered head to toe in tattoos after having his p*nis and testicles inked
A bodybuilder is covered head to toe in tattoos — after his meat and two veg were inked.
Ray Houghton’s eye-watering procedure took four hours near his home in Spain.
Ray, 61, of Manchester, spent £7,500 in two years to cover his skin.
His journey to covering his entire body is now complete after having his penis and testicles tattooed.
The fitness fanatic became hooked on getting inked after having eight "embarrassing" tattoos covered up. 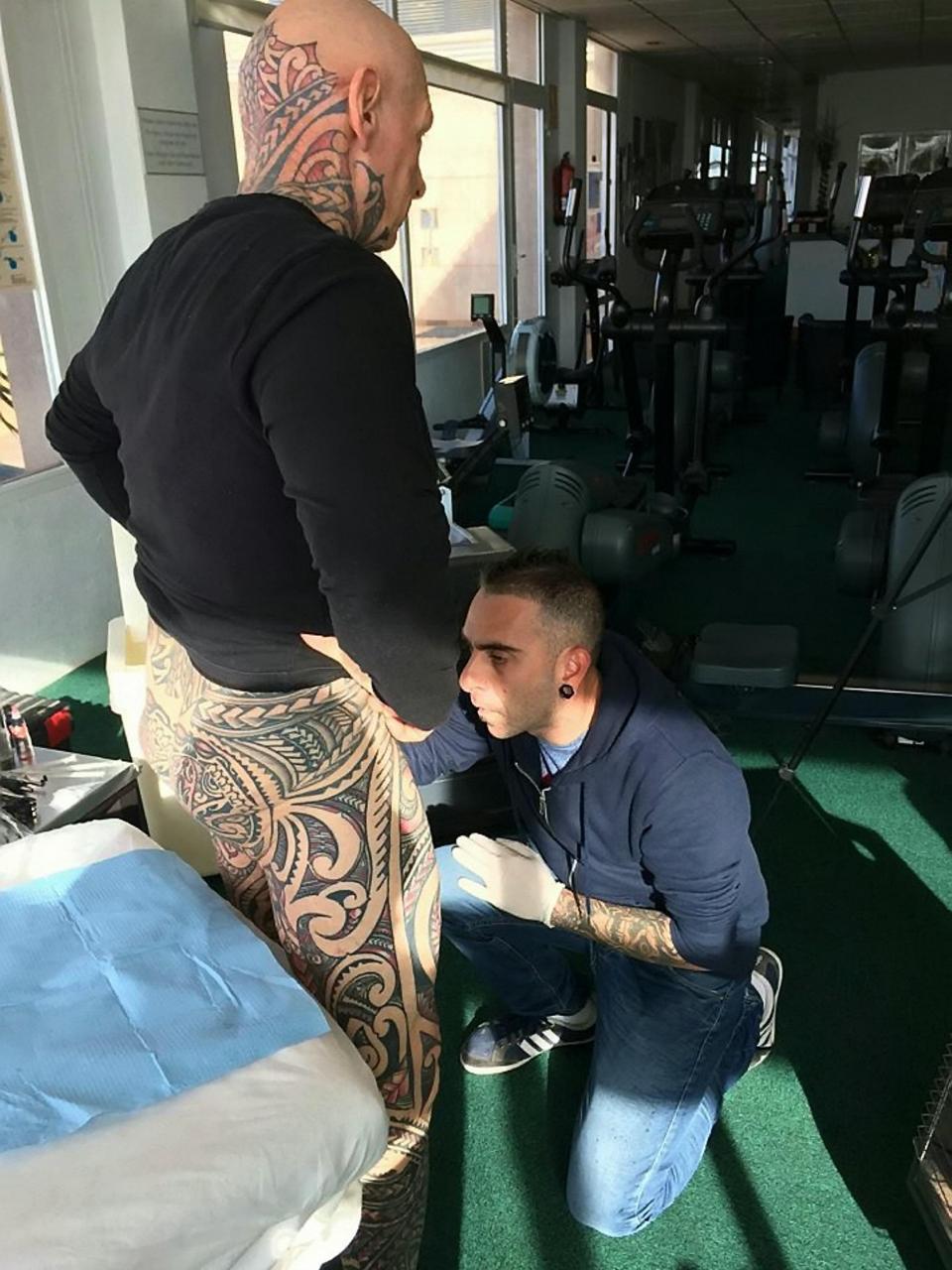 Ray began his journey to achieving a full body suit of ink after covering up eight 'embarrassing' tattoos
He said: "I don't feel the pain anymore but the tattooist couldn't believe I wanted to get such a sensitive area done."
"There was quite a bit of blood and it was uncomfortable to walk the next day.
"I hated seeing varicose veins and wrinkles. It's horrible.
"We used a rolling pin because that was the easiest way for the tattoo to be done. You can't just do it on a bench or work top."
***
Source: The Sun UK
Top Stories

Ex-Beauty Queen, Sandra Celebrates Mothers Day With Awesome Photos Of Herself And Daughters

Coronavirus: What Love And S*x Life Will Turn To If Nigeria Shuts Down