A Nigerian couple who just welcomed a set of twins have named the twins after PDP chieftains, Atiku and Wike. 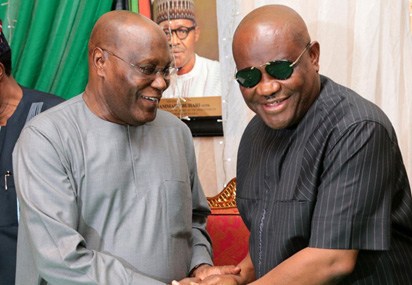