A source says that Okorocha's last minute change of heart reflects that he now sees Uche's ambition as a sinking ship and he wants to jump the ship before it sinks. 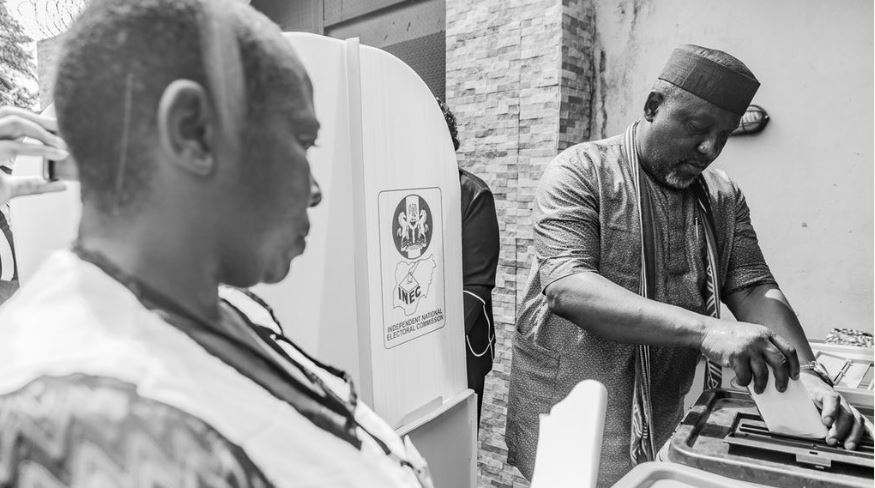 Rochas Okorocha
In a new twist late Monday in Owerri, it emerged that Imo State Governor Rochas Okorocha is mulling the idea of backing Ikedi Ohakim of the Accord Party for the Match 9 Imo governorship election.
This information was exclusively disclosed to Daily Sun by one of the governor’s closest aides who hails from Ideato North, Okorocha’s maternal home. He asked that his name not be used in this report.
According to him, Okorocha feels that he has put his legacy at great risk by backing his ambitious son-in-law Uche Nwosu to succeed him.
The source stated that Rochas is blaming “Uche Nwosu’s vaulting ambition as being responsible for him losing his grip on Imo APC and earning the hostility of the national leaders of the party.”
This new development comes on the heels of APC’s suspension of the Imo state governor from the party amidst allegations that he resorted to duress to have himself declared winner of the February 23 senatorial election in Orlu, in addition to his battles with politician Hope Uzodinma.
When asked why the governor would prefer Ohakim to the other candidates, the source said: “Rochas wanted someone more dependable than the rest. He also wanted someone more humane and with executive political experience. Ohakim also comes with the appeal of one-term, which will give Rochas room to again be politically relevant in 2023.”
Our source says that Okorocha’s last minute change of heart reflects that he now sees “Uche’s ambition as a sinking ship and he wants to jump the ship before it sinks.”
He added that the governor was concerned about the public perception that resources of Imo State are being wasted on a “forlorn project that is now imperiling his entire family and his legacy.”
Top Stories