A very fatal accident has been recorded in Anambra state claiming the lives of virtually all the passengers except a baby that made it out alive. 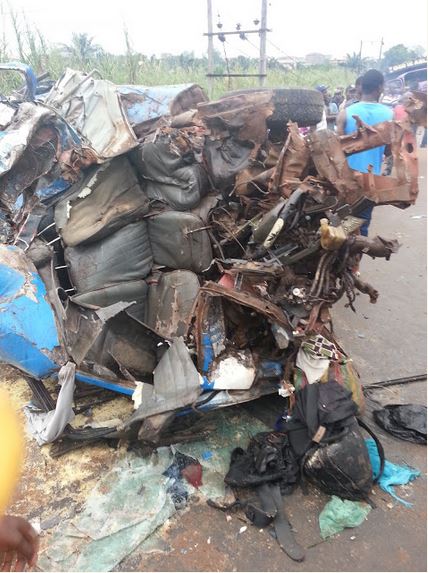 A badly crashed vehicle at the accident scene
The accident happened around 2am today, Tuesday 27th October. Three vehicles were involved.

All the occupants of the bus was said to have died except for a baby. The bus and the small car in the gutter were returning to Cross River State after they had come to Onitsha to buy some goods.
According to eye witnesses, the big truck caused the accident that has led to the death of many.
Their bodies have been deposited at St Edwards Mortuary Obosi Anambra.
See more photos: 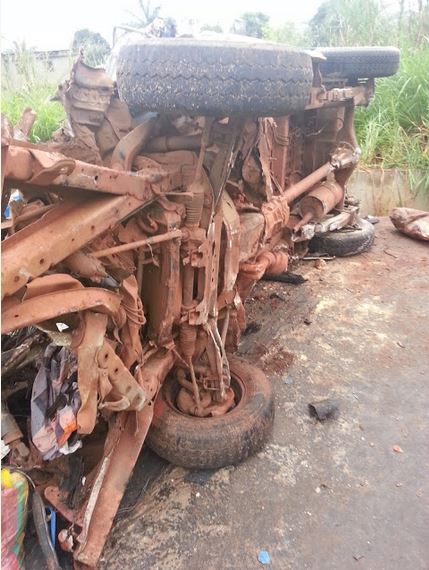 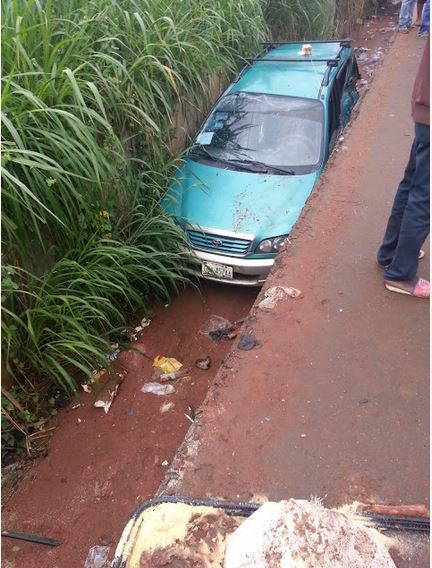 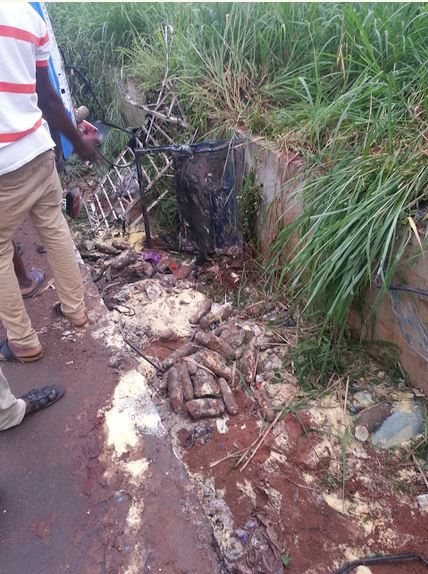 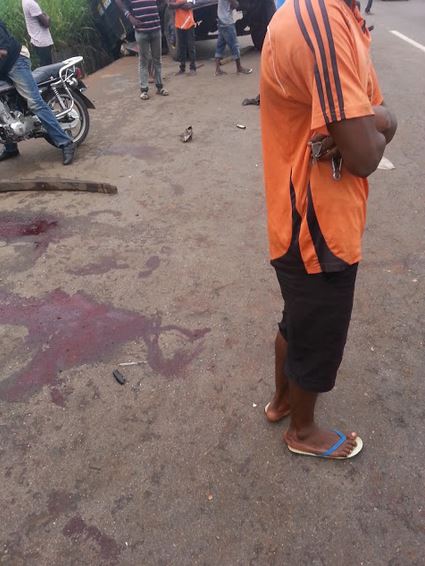 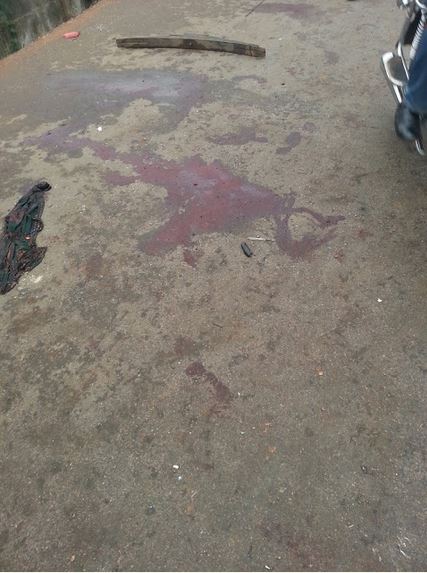 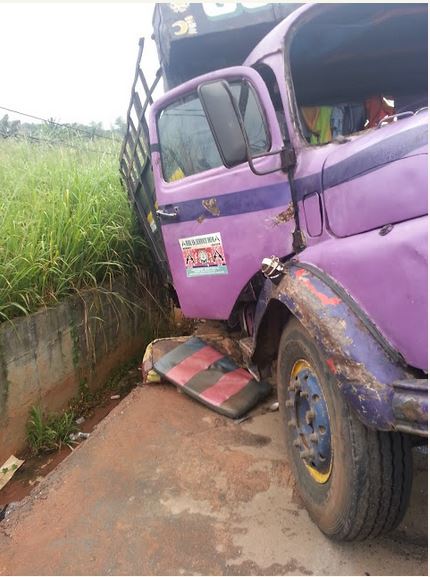 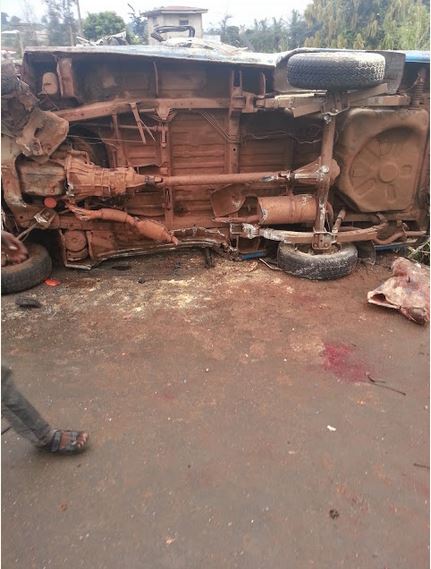 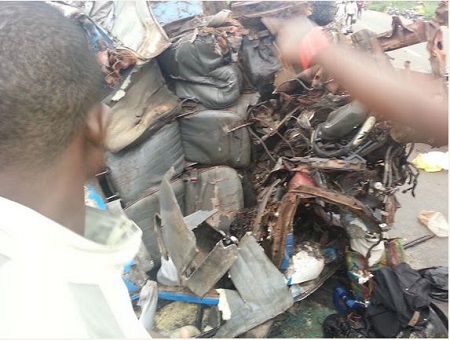 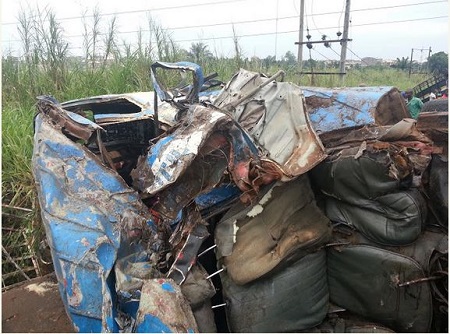 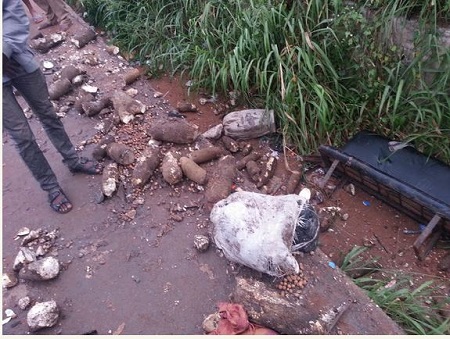