It is a sad time for the football community in Bolivia after a referee collapsed and died during a football game. 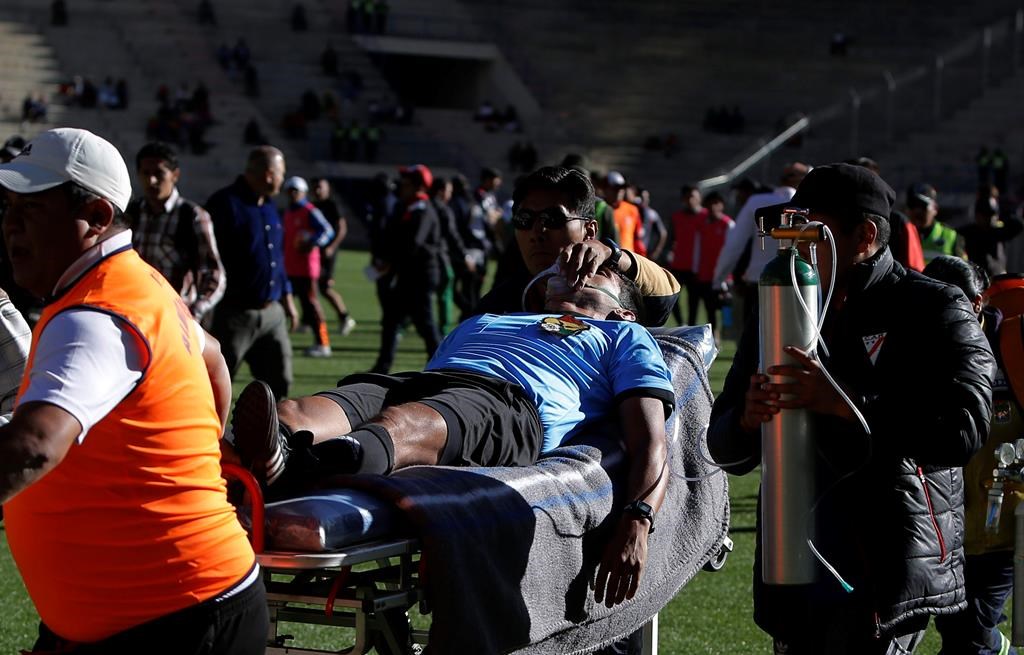 Referee Victor Hugo Hurtado (AP Photo/Juan Carlos Usnayo)
A referee has died in hospital after collapsing during a match played at high altitude.
Victor Hugo Hurtado collapsed in the 47th minute of Always Ready and Oriente Petrolero's Bolivian league game.
The match was played at Municipal Stadium in El Alto, 3,900m (12,795ft) above sea level.
Always Ready team doctor Eric Kosziner said the 31-year-old had a heart attack on the field and then a second, fatal attack as he arrived at the hospital.
Social media footage showed Hurtado fall backwards to the ground before players and team doctors rushed to help him.
Bolivia president, Evo Morales Ayma, wrote on Twitter: "We regret the passing of referee Victor Hugo Hurtado.
"We send our condolences and solidarity to your family, friends and colleagues. Bolivian football is in mourning."
The match, which had been goalless in the 47th minute, ended in a 5-0 victory for Always Ready.
Culled from BBC
Top Stories