Musa was apprehended by police operatives attached to the Nasko Division following a tip-off. 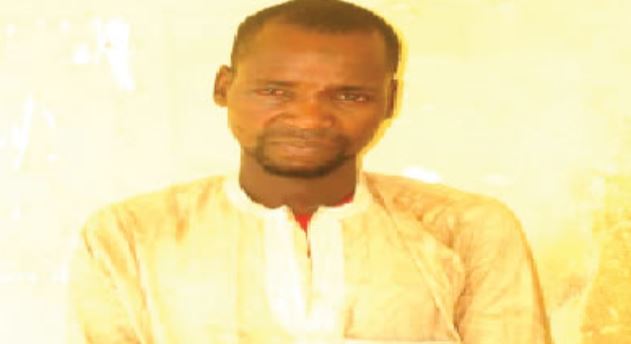 Nasiru Musa,
The Niger State Police Command has arrested one Nasiru Musa, 30, of Salka village in the Magama Local Government Area of the state for allegedly strangling his seven months old daughter.
Musa was apprehended by police operatives attached to the Nasko Division following a tip-off.
It was learnt that the suspect on May 20, 2019, took his deceased child to an uncompleted building, where he allegedly strangled the infant while her mother was asleep.
Northern City News gathered on Sunday that the crime was exposed when the mother of the child woke from her slumber and could not find her child and raised the alarm, prompting neighbours to report the matter to the police after an earlier search yielded no result.
Police investigation led to Musa’s arrest. It was learnt that the suspect confessed to the crime during interrogation.
It was gathered that the suspect, who impregnated the mother of his late daughter out of wedlock, was preparing for their wedding before the incident.
In an interview with our correspondent, the suspect said “I gave birth to my daughter out of wedlock and we (the mother and him) are preparing for our wedding before this happened. I cannot explain why I took her life; people will not believe me; it is like somebody hypnotised me I find it very difficult to explain.
“How am I going to explain to my fiancé what transpired? I know that is the end of (preparations for) the marriage; she will never forgive me and my friends will desert me.”
Asked if he had plans to use the deceased for rituals, Musa said, “God forbid. Magama people don’t use their children for rituals and that is why I cannot explain how I killed my own daughter.”
The command’s spokesman, Muhammad Abubakar, confirmed the incident, saying the suspect had confessed to the crime.
Abubakar added that the suspect would be charged to court after the conclusion of investigation.
Top Stories