The spokesman said the measure is part of the present administration’s commitments to improve the welfare of the people. 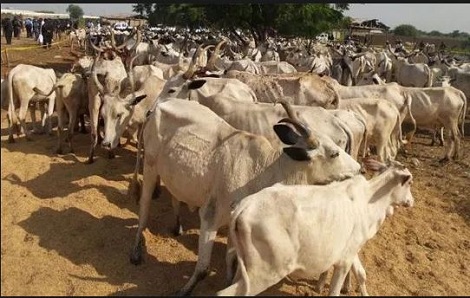 Bello Matawalle, governor of Zamfara, has approved N83 million for the purchase of 750 cows for Eid-el-Fitr celebration.

Idris Gusau, the governor’s spokesman, disclosed this in a statement.

He said the cows will be distributed to the less-privileged, internally displaced persons (IDPs), orphans and widows in the 147 wards of the 14 local government areas in the state.

The spokesman said the measure is part of the present administration’s commitments to improve the welfare of the people.

“The cows would be slaughtered and shared to enable them to celebrate Eid- el-Fitr despite the current economic hardship and security challenges confronting the state,” he said.

Matawalle urged residents of the state to use the ongoing Ramadan period and the forthcoming celebration to pray for peace, stability and development of the state.

The federal government has already declared Tuesday, June 4 and Wednesday, June 5 as public holidays for the celebration.

Matawalle was declared winner of the Zamfara governorship election by the Independent National Electoral Commission (INEC) after the supreme court sacked all candidates of the All Progressives Congress (APC) who participated in the state election.
Top Stories