The former Real Madrid manager, Lopetegui has landed a new job as he gets set to manage Sevilla for another three seasons. 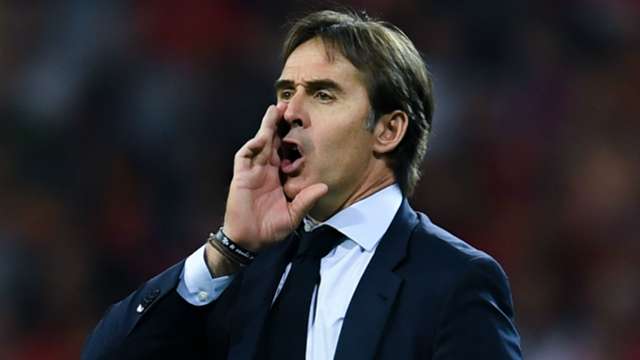 Julen Lopetegui
Julen Lopetegui is back in management at Sevilla, with the former Real Madrid boss penning a three-year deal with the Liga outfit.
The 52-year-old has been out of work since October 2018 when an ill-fated spell at the Santiago Bernabeu came to a close.
Lopetegui had only been appointed by the Blancos in controversial circumstances over the summer leading into the 2018-19 campaign.
A deal was struck while he was still in charge of the Spain national side, with his contract there torn up ahead of the World Cup finals in Russia.
He was charged with the task of succeeding Zinedine Zidane in Madrid, but struggled to make any kind of impact and was relieved of his duties on the back of a 5-1 Clasico defeat to Barcelona.
A painful period of reflection has been taken in since leaving the Bernabeu, but Lopetegui has now returned to coaching.
He has only previously filled three senior club positions and two of those have been short-lived stints in La Liga.
Top Stories