Shocker! Man Roasted Alive While Smoking In The Backseat Of His Friend's Car In Warri (Photo)


In what will come across as a really shocking development, a man has been roasted alive while smoking in a car. 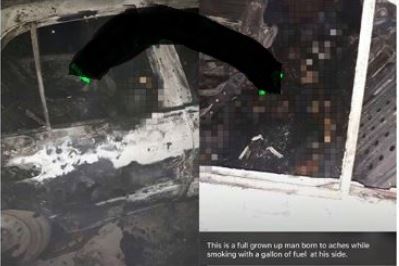 Scene of the sad incident
It has been reported that a man has died in the back of a car while smoking cigarettes.
The shocking incident reportedly happened in a community in Warri, startling the residents who witnessed it.
According to reports, trouble started when the unnamed man stopped a female friend of his who was driving by and asked for a lift. The woman agreed to offer him a lift and the man settled in the backseat of the car.
Soon after he had settled down in the car, the man brought out his cigarette and started smoking in the car not knowing that there was a gallon of fuel right beside  him at the back seat.
A fire outbreak consequently occurred and the man was burnt to death. The woman however survived. 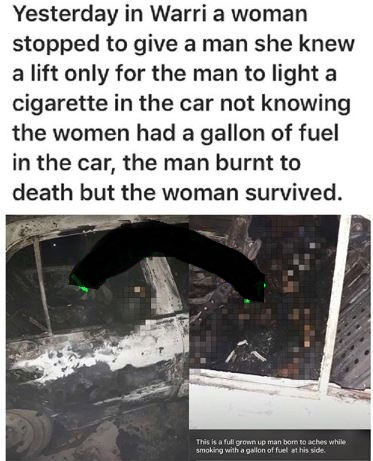