One of the accuser's lawyer emphasized the case had only been dropped at state level so that it could be moved to federal court. 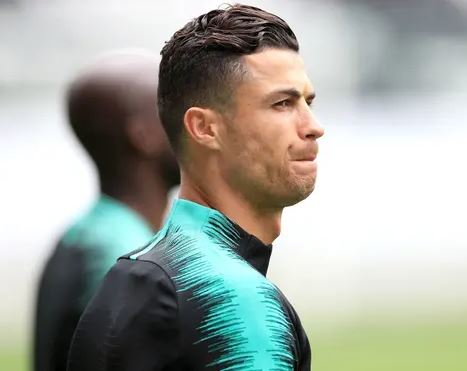 Cristiano Ronaldo
The woman accusing Cristiano Ronaldo of raping her has shifted the venue for her legal charges against the football superstar, dropping her case in Nevada state court but filing identical charges in federal court, according to her attorney.

Several news media outlets reported early Wednesday that the charges filed by Kathryn Mayorga, who alleges that Ronaldo raped her in 2009, had been "quietly dropped," implying that the case was over.

But Larissa Drohobyczer, who is one of Mayorga's attorneys, told ESPN that the change of venue was simply a response to the difficulty that the lawyers have had in serving Ronaldo, who lives in Italy, with notice of the state lawsuit.

"The charges were not dropped," Drohobyczer told ESPN. "The state case was dismissed by us because we filed the identical claims in federal court due to federal court's rules on serving foreigners. We basically just switched venues, but the claims remain."

A source said Ronaldo's agency, Gestifute, was not aware that the state case was dropped.

Mayorga says Ronaldo raped her during an encounter in a hotel penthouse suite then paid her $375,000 to keep quiet about it. Last year, Mayorga filed a lawsuit saying the previous settlement was invalid and that Ronaldo violated its terms anyway.

Ronaldo's Las Vegas-based lawyer, Peter Christiansen, did not return a message seeking comment on Wednesday. Ronaldo has previously denied the allegations against him.