A student has been rescued from the clutches of death after he tried to end his life in Ekiti state. 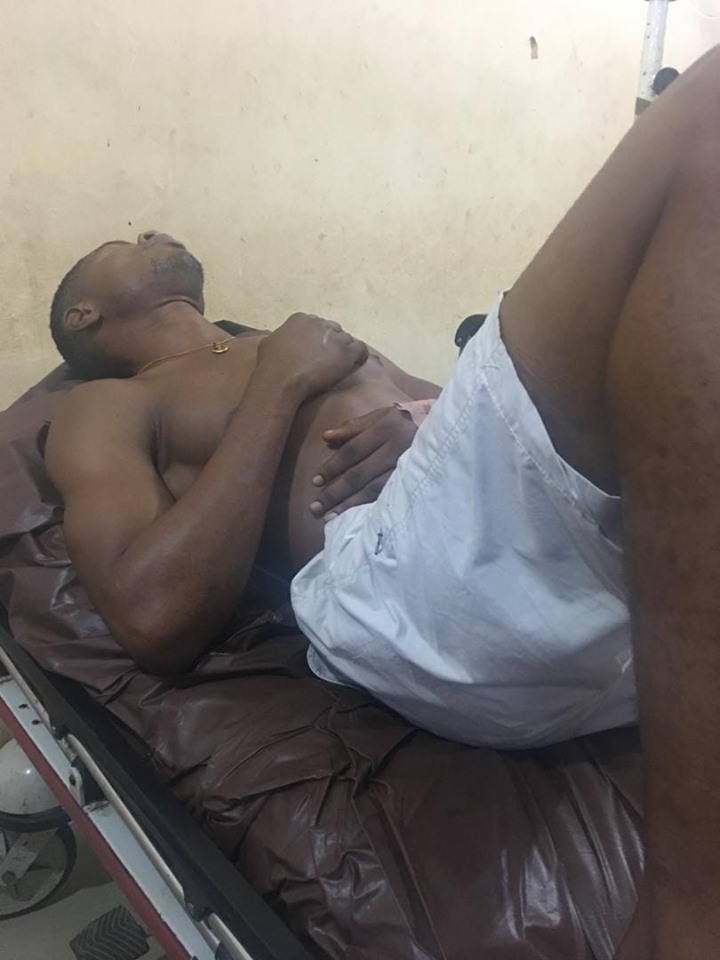 The student
A final year Accounting student of the Ekiti State University has been rescued after he attempted taking his own life because he failed a course in his exams.
It was reported that the department suffered a mass failure in that particular course which left alot of the students upset.
Lere Olayinka, who shared the story on facebook wrote:
"An undergraduate student nearly took his own life after failing one of his courses.A final year Accounting student of Ekiti State University who was involved in the mass failure in one of the courses attempted suicide late yesterday.
He was rushed to the Ekiti State University Teaching Hospital (EKSUTH), Ado Ekiti where doctors are now battling for his life." 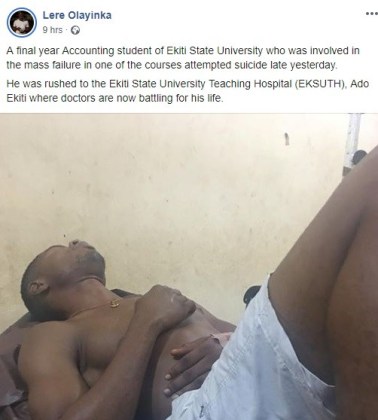