The 21-year-old is back in his fatherland for vacation after missing out on a place to feature for the Young Lions at the Euro U21 Championship. 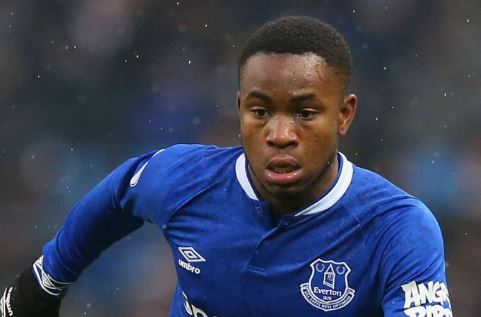 Ademola Lookman
Everton star Ademola Lookman has arrived in the city of Lagos to start his summer vacation.
Lookman was born to Nigerian parents in the district of Wandsworth and rose through Charlton Athletic's Academy before moving to Goodison Park in 2017.
He has represented England across various youth levels including the U19, U20 and U21 age groups but he is still eligible to play for Nigeria at senior level.
The 21-year-old received limited game time at Everton in the 2018-19 season where he was restricted to just three starts in 21 league games.
The Toffees forward was one of the notable absentees from Aidy Boothroyd's England squad for the European U21 Championship billed to commence on June 16 in Italy and San Marino.
Top Stories