A woman who was picked up by a university graduate for a night of fun has lost her life in Jos. 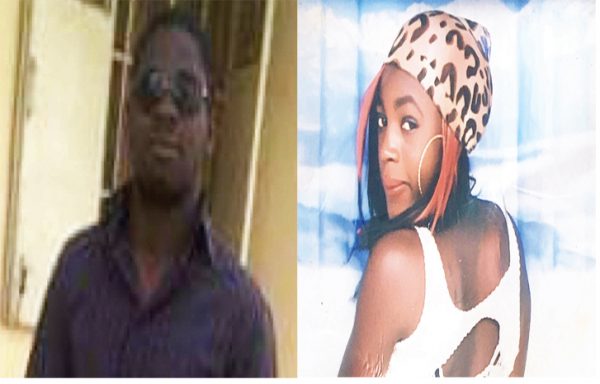 Oladipo killed the woman after night of fun
A 33-year-old graduate of Geology and mining from the University of Jos (UNIJOS), Oladipo Oyefemi has been arrested by the Plateau state police command for allegedly killing a woman.
Oyefemi, a resident of Millionaires Quaters, Jos, the state capital, was said to have picked 24-year-old Patience Musa at the West of Mines area of the city around midnight on Friday, May 31 for a night of fun.
Both of then were said to have agreed to a fee of N3,000 for the night.
Oyefemi, however, allegedly killed the woman while she was at his house and tried to dump her body.
But he was apprehended by a vigilante group keeping watch around the quarters and handed over to the police.
Musa, Patient’s father, said he received a distress call through the deceased’s phone from someone who told him to go to the police station.
“I was at home in the morning of Saturday, June 1, when I received a call from my daughter’s phone but heard a man’s voice at the other end asking me to proceed to the Nasarawa Gwom Police station,” Musa said.
“I thought she was involved in a fight or some kind of trouble with someone and got arrested. But when I arrived at the station, the policemen told me that my daughter was killed and her body dumped somewhere. They asked me to follow them to the hospital to identify her body.
“At the Jos University Teaching Hospital mortuary, I discovered that the body was actually my daughter’s, even though she had already changed in appearance. She had stab wounds all over her body and her tongue was sticking out.
“I want the authorities to investigate this matter to its logical conclusion and find out why my daughter was killed. This is too painful for all of us to bear. She was killed in cold blood. All I want is justice.”
Ralph Monye, the family lawyer, said the body showed that she was stabbed on her two breasts, heart area, neck and other parts, and had marks on her neck which suggests she was also strangled.
He said the police informed the family that after Oyefemi, a construction worker, committed the crime, he proceeded to call his security man, one Nasir, to help him dispose of the body.
“The police also informed us that after he killed her, he cleaned everywhere in his room and dressed his bed so perfectly that no one could even imagine that such gruesome murder happened in the same room,” Monye said.
Tyopev Terna, command’s spokesperson, confirmed that Oyefemi is being held over a case of culpable homicide.
Top Stories