A petty thief operating in the Niger Delta area of Nigeria was taught the lesson of his life after being nabbed. 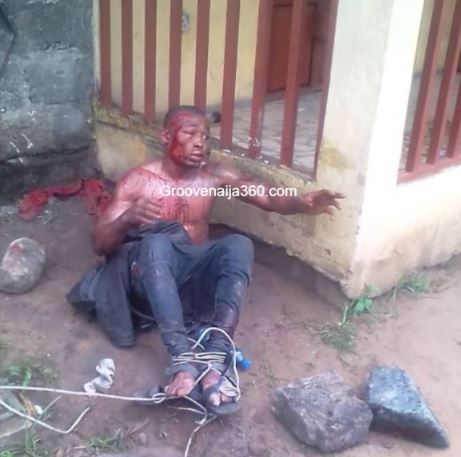 The suspect
One of the motorcycle thieves terrorizing Alesa community in Eleme, Rivers State has been caught and dealt with by angry mob in the very early house of today.
Groovenaija360 gathered that the thief who successfully stole a lady's motorcycle in Alesa was caught after luck ran out of him while escaping with the stolen bike.
Fuel suddenly finished in the bike while he was running, so he decided to hide it in a nearby bush where he was caught, tied and beaten mercilessly.
See photos below: 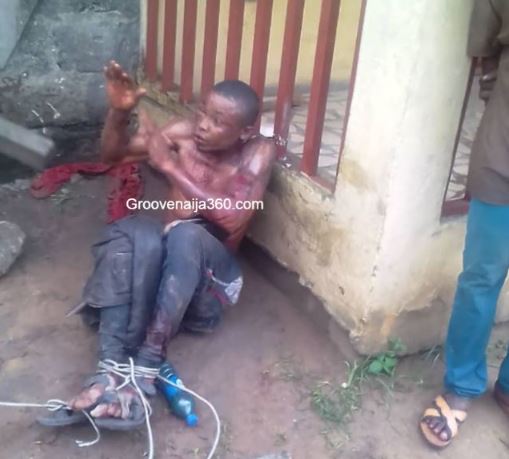 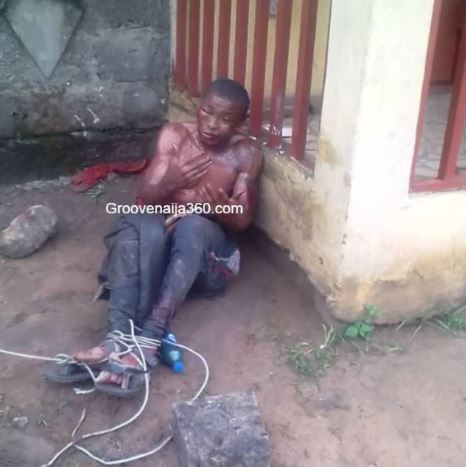 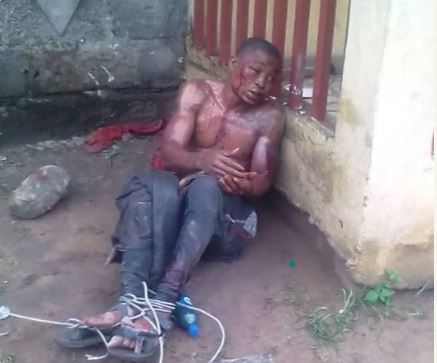