A man has been dealt with severely in Lagos state after he was caught hiding in someone's ceiling. 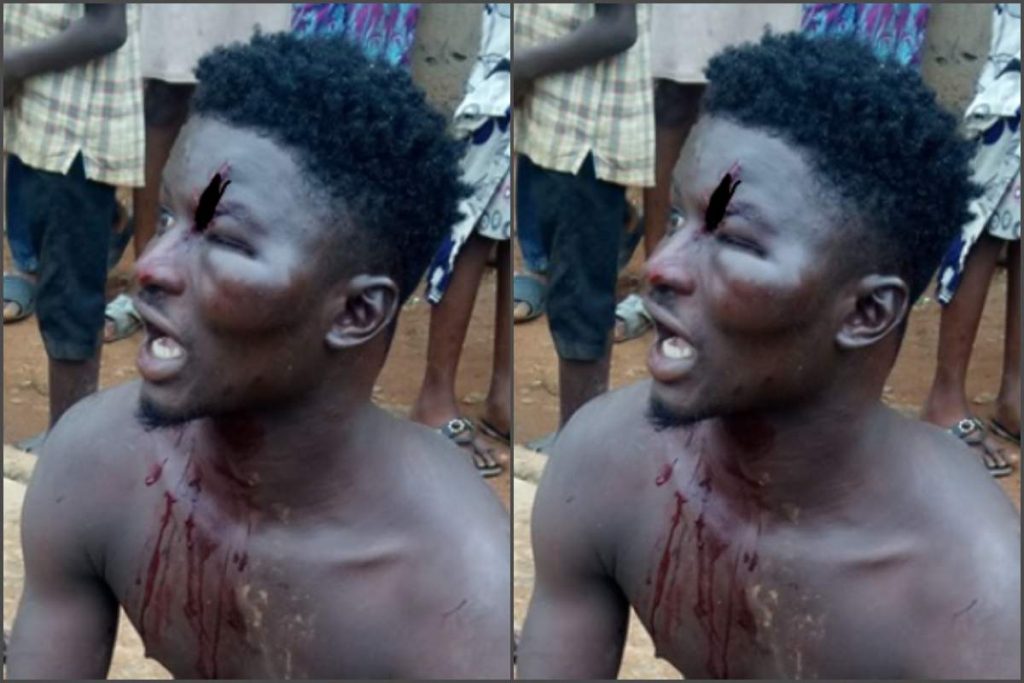 The suspect
A man has been beaten mercilessly after he was found hiding in the ceiling of someone’s apartment.
His face was disfigured by residents after he was found on Thursday.
The incident happened in Ikorodu area of Lagos state.
The young man who is said to have been handed over to the Police, broke into the room of a resident in the community and hid himself in the ceiling of the building. He was said to have been planning an attack on the resident.
A hammer was also found on him, it was suppose to serve as weapon to attack is victim.
The man was beaten blue-black and stripped n*ked. He was later handed over to the Police after the residents had already beaten him, disfigured his face.
Top Stories