In Full: Check Out The Query Gov. Ganduje Issued To Emir Sanusi (Photo)


The content of the entire query issued to Emir Muhammadu Sanusi by governor Abdullahi Ganduje has been revealed. 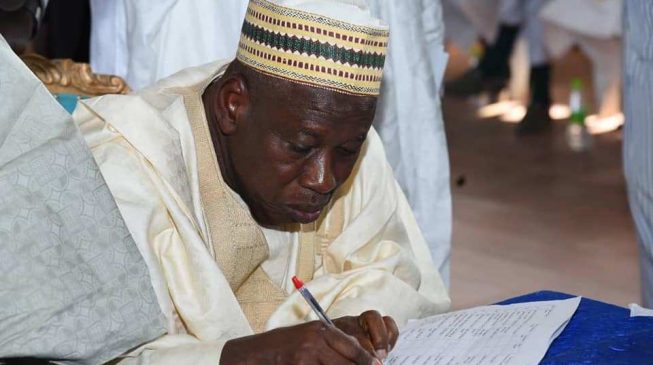 Abdullahi Ganduje
The administration of Abdullahi Ganduje, governor of Kano state, issued a query to Muhammadu Sanusi, emir of Kano, over alleged financial misappropriation.
This followed a probe by the Kano State Public Complaints and Anti-Corruption Commission which had earlier recommended the suspension of the monarch.
The agency had said it uncovered that N3.4 billion was misspent under Sanusi, between 2014 and 2017.
In a letter from the office of the secretary to the state government, Sanusi was given 48 hours to respond to issues raised.
Below is the content of the letter which was obtained by TheCable:
"The Kano State Government is in receipt of a Report by the Kano State Public Complaints and Anti-Corruption Commission dated May 31, 2019, as per copy attached herewith, on the on-going investigation by the Commission involving the misappropriation of the total sum of N3.4 Billion Naira by the Kano State Emirate Council under your leadership between the Years 2014 – 2017. Specifically the Report has indicated the aspects of the allegations and recommendations as set out at pages 14 – 16 therein.
"Accordingly, the Commission in its Report under reference, has recommended for your suspension and all other suspects connected with the issue pending the outcome of the case, and in order to allow for unhindered investigative processes.
"In the light of the foregoing, therefore, I am to request you to give satisfactory explanations on the allegations raised within 48 hours of the receipt at this letter to allow Government to take appropriate decision on the issue in earnest." 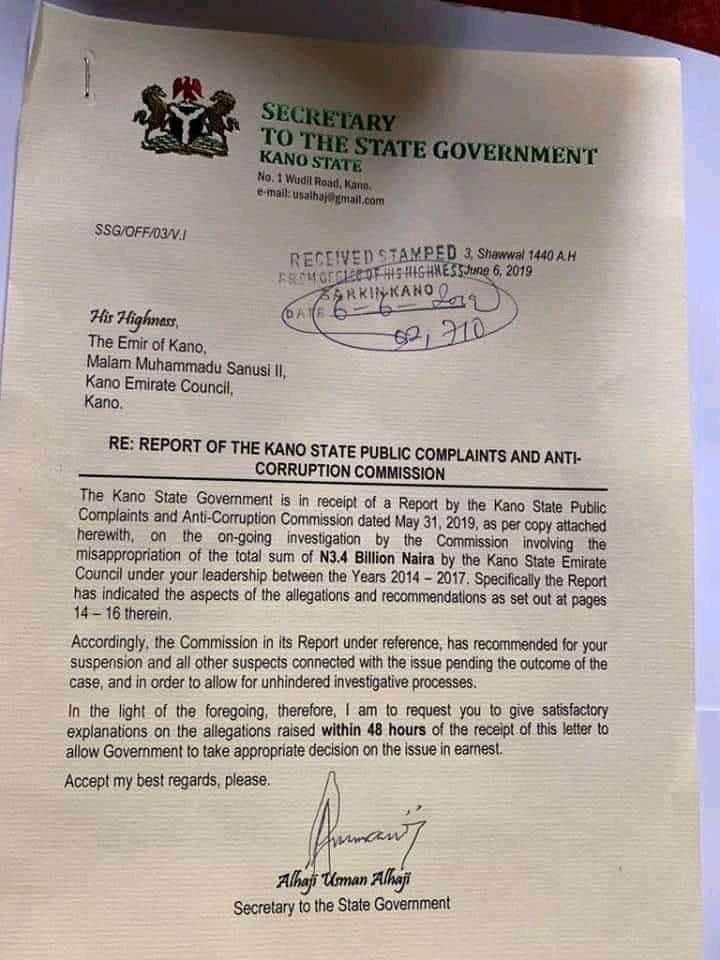