A syndicate which specializes in offering people fake jobs by forging official documents, has been exposed in Adamawa. 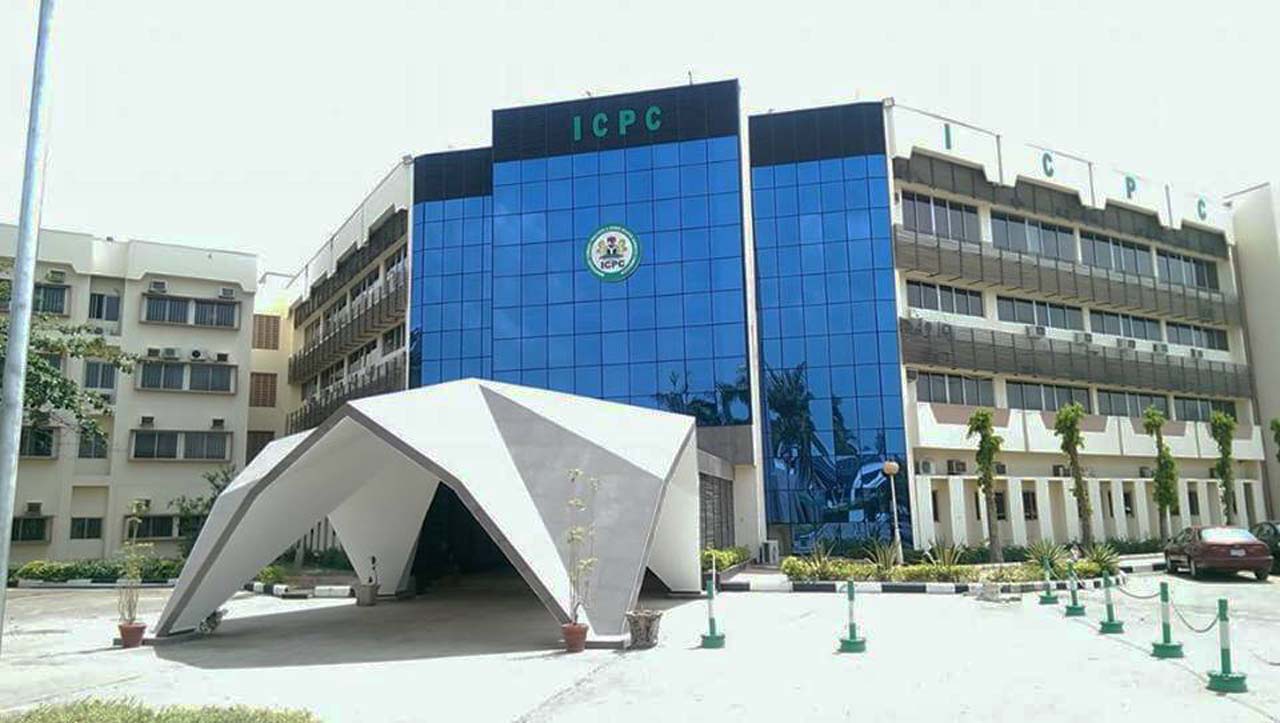 File photo: ICPC headquarters
TheGuardian reports that the Independent Corrupt Practices and other related offences Commission (ICPC) has crushed a syndicate that specialises in swindling unsuspecting members of the public in Adamawa State through offers of non-existing jobs and contracts.
The raid, which followed a report from the state’s former Attorney General and Commissioner for Justice, Bala Sanda to ICPC, led to the arrest of two suspected kingpins, Chuks Arinze in Abuja and Ahmed Dapellu in Yola, Adamawa State, with three other suspected members of the gang still at large.
The syndicate operates by forging official documents of ministries, departments and agencies (MDAs) of the Adamawa State Government and using same to defraud people with bogus contracts and job offers.
In the course of investigating the report, ICPC officials conducted a search on Arinze’s home in Abuja and found incriminating contract documents that led him to confess to allegations of forgery and fraud.
He confessed to forging the contract documents himself and defrauding two contractors identified as Jimoh Jinadu Momoh and Bonny Kalu of N4 million, among others.
Top Stories