I Will Miss You, But We'll Meet On The Streets Of Abuja - Dino Mocks Akpabio (Video)


Senator Godswill Akpabio who is likely not to return to the senate has been mocked by his colleague, Dino Melaye. 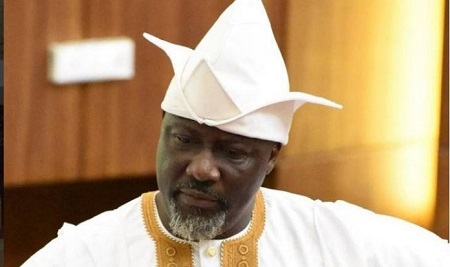 Dino Melaye
Senator Dino Melaye has left a mocking remark for Senator Godswill Akpabio who may not be returning at the red chamber during the wrap up of the 8th Senate.
The Kogi Senator in one of his valedictory mocked Akpabio to the extent that other distinguished senators burst into laughter.
He said: “Godswill Akpabio as a retired Senator, I will miss you in the 9th senate but we will definitely meet on the streets of Abuja.”
Recall that Akpabio lost his seat during the last election held earlier this year. He's still in court.
Watch video below: