Falz has put up a stunning show for his fans after tearing his trousers on stage to dance with a woman. 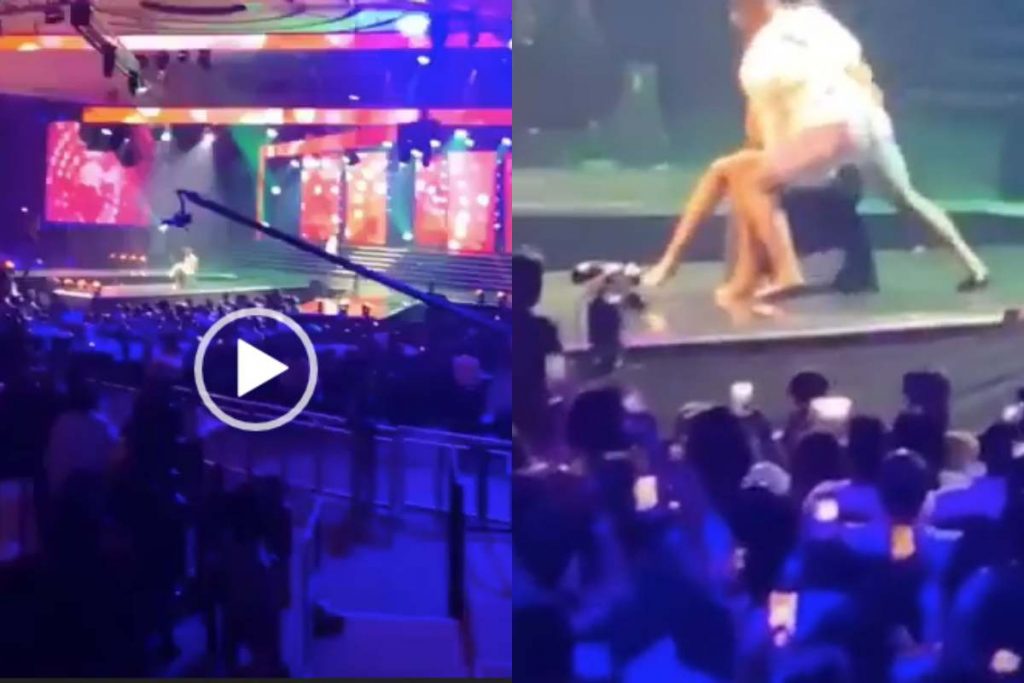 Falz dancing with a woman on stage
Nigerian musicin, Falz stunned his fans after he yanked off his trouser on stage to dance with a lady at his concert ‘TheFalzExperience2’ which held yesterday, June 8th at the Eko Convention Centre, Lagos.
Falz who is well known to put up a show during his event, hurriedly tore off his trouser to seduce a lady on the stage. This is did to the amazement of fans at the event.
In the video, Falz is seen walking up to the lady already seated on the stage. He was dressed in a shirt and pants but as soon as he got in front of the lady, he yanked off his trousers revealing his boxers just has he starts rocking her.
He went on making some seductive dance moves, even lying on the floor. The lady who was surprised and excited at the same time, held on to him as he rocked her. She also brought out her phone to get an opportunity to capture the moment.
Watch the video below:
Top Stories