Many traders in an Edo market have been left in tears after a midnight fire razed their shops, destroying several valuables. 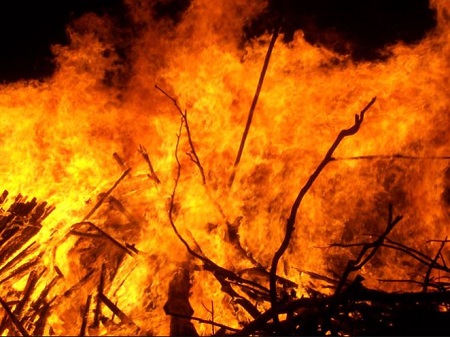 A midnight fire has razed over 30 shops at the PZ market located at Evboriaria in Ikpoba-Okha local government area of Edo state.

The fire was said to have been caused by an electric surge.

Many of the victims said they left money in their shops.

Blessing Justina who owns a beauty shop said she was informed about the fire by a relative but could not remove anything from her shop.

Chairman of Ikpoba-Okha local government area, Dr. Eric Osayande, who visited the scene to ascertain the actual cause of the fire directed the Councillor, Ward 6, Hon. Obosa Jolly Ogbeide, to embark on needs assessment exercise of the burnt market.