She was caught on CCTV making her way into the house in Okota area of Lagos state. 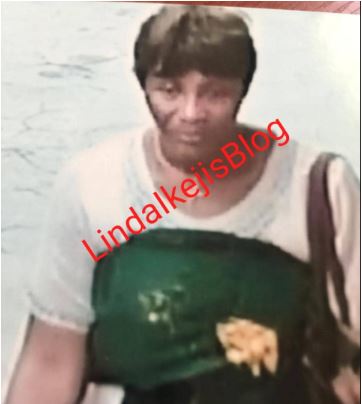 The suspect
A suspected jewellery thief has been caught on CCTV after she entered a home in Okota, Lagos, to rob days after robbing another house nearby, according to LIB.
The suspect first stole from a home in the area on Friday, June 7, and made away with all the gold jewellery belonging to the mother of the family. Days later, she went to another house to steal and a security camera captured her face.
The woman whose home was robbed first said her 10-year-old daughter, who was home on mid-term break on the day of the robbery, was shown a photo of the woman's face and she confirmed that that was the woman who came into their home to steal.
Watch the video below and reach out if you have information on the identity of the suspect or report to the nearest authority.
Watch video below: