Men of the Nigeria Police Force have found some human body parts inside a sack in a community in Lagos state. 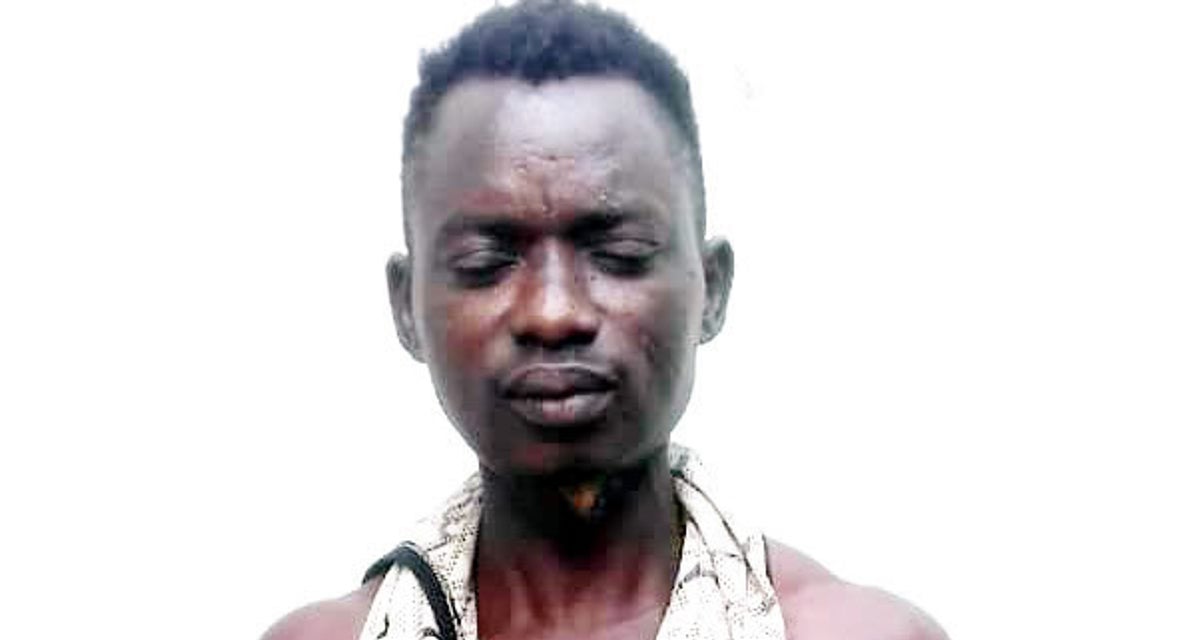 The alleged rapist
According to a report by Punch Metro, the Lagos State Police Command said on Sunday that it had commenced investigation into the circumstances surrounding the death of a man believed to be in his 40s, whose dismembered corpse was found in a sack in the Igbo-Elerin area of the state.
The spokesperson for the command, Bala Elkana, said in a statement that the severed body parts found in the sack included the head and the left hand of the victim, adding that the Commissioner of Police, Zubairu Muazu, had ordered the State Criminal Investigation and Intelligence Department to take over the investigation to unravel the circumstances leading to the death of the man in a bid to arrest the culprits.
The PPRO said, “On Saturday, June 15, 2019, around 8.45am, the Okoko Police Station received information that a sack suspected to contain human corpse was sighted along Martins Street, Igbo Elerin. Homicide detectives visited the scene.
“The sack with blood stains contained the remains of a male victim of about 40 years old. The severed body parts found in it included the head, left hand, while one of the laps on the back side was slashed off and taken away. The corpse was removed and deposited in the mortuary for autopsy.
“The Commissioner of Police, Lagos State, Zubairu Muazu, has ordered the SCIID to take over the investigation in order to unravel the circumstances surrounding the gruesome murder and apprehend those behind the heinous crime. He called on members of the public with useful information on the incident to contact the police.”
Men of the command have also arrested one Anudumoapo Aiodun, for allegedly raping the eight-year-old daughter of his neighbour in the Bariga area of the state.
Elkana said the mother of the victim reported the incident at the Bariga Police Station, adding that detectives from the Family Support Unit of the command arrested the suspect.
Elkana said, “On Saturday, June 15, 2019, around 5pm, the Bariga Police Station received a complaint from a woman that her eight-year-old daughter was raped by her neighbour, Anudumoapo Aiodun.
“A team of detectives from the Family Support Unit promptly arrested the suspect. The victim was taken to the General Hospital for medical treatment and forensic examination. Investigation is ongoing, the suspect will be charged to court.”
In another development, the command confirmed that no fewer than 15 persons were injured in a gas explosion that occurred in the Ajelogo area of Mile 12.
A resident, who was identified simply as Chinedu, was said to be cooking in a building located in the Ademola Adefiye area of Ajelogo when the gas explosion occurred and led to a fire incident that gutted the building and other properties in the neighbourhood.
Elkana said the police, firefighters and emergency agencies that responded to the distress call extinguished the fire and rescued the victims, who suffered with various degrees of burns.
He stated that the victims were rushed to the Gbagada General Hospital for treatment, adding that the command had commenced investigation to ascertain the immediate cause of the incident.
Top Stories