Fans have accused the actress of having a disfigured bum as she danced to a song during her birthday celebration. 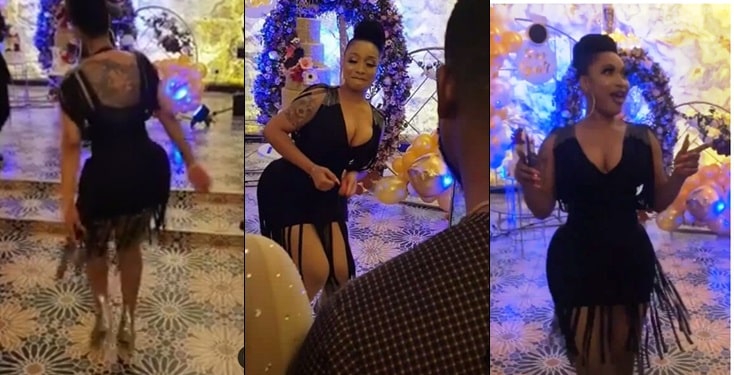 Tonto dancing on her birthday
Fans of Nollywood actress, Tonto Dikeh have taken to social media to mock the actress after a video of her surfaced online dancing on her birthday.
Unimpressed fans spotted the allegedly disfigured shape of the actress who spent millions on cosmetic surgery.
They blasted her saying the surgery has distorted her shape.
Stepping out yesterday for her birthday bash in Abuja, the controversial actress and mother of one was pictured having an abnormal bum and shape.
The rigidity of the bum couldn’t even allow her dance very well. 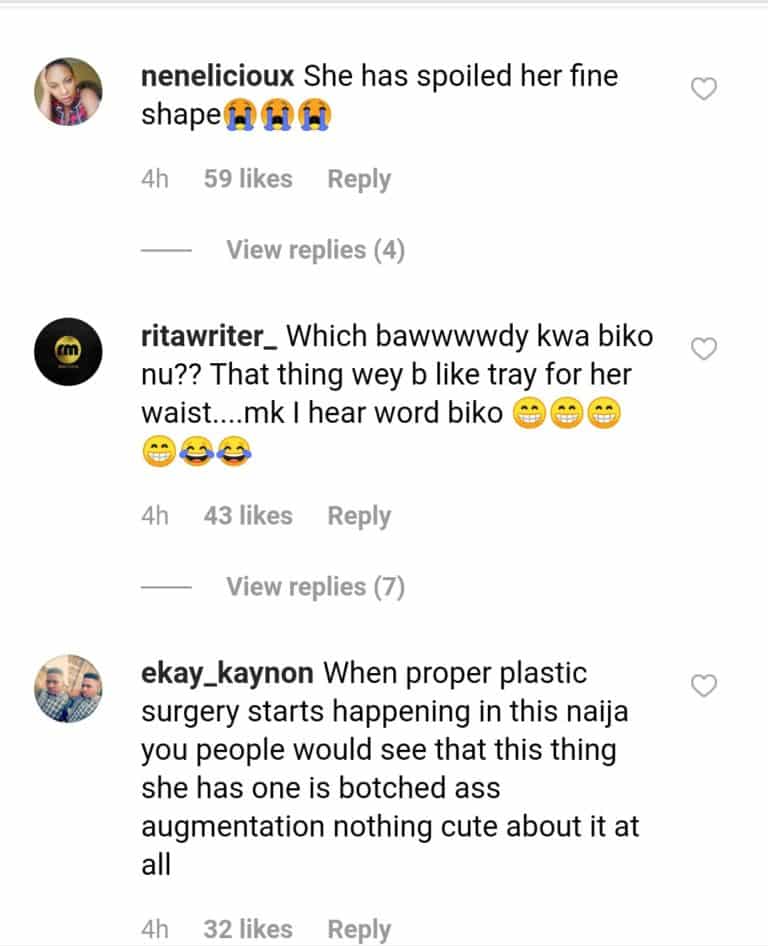 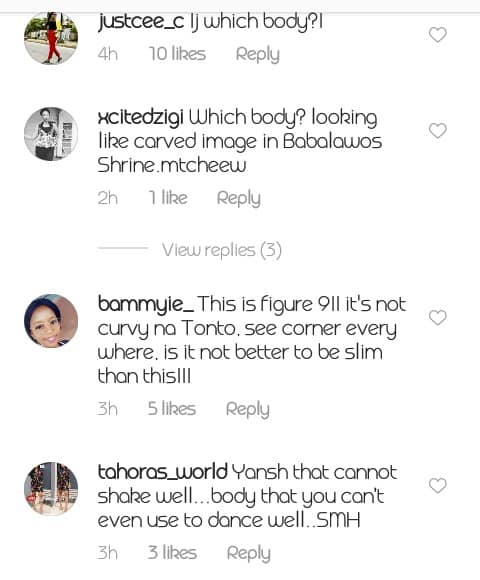 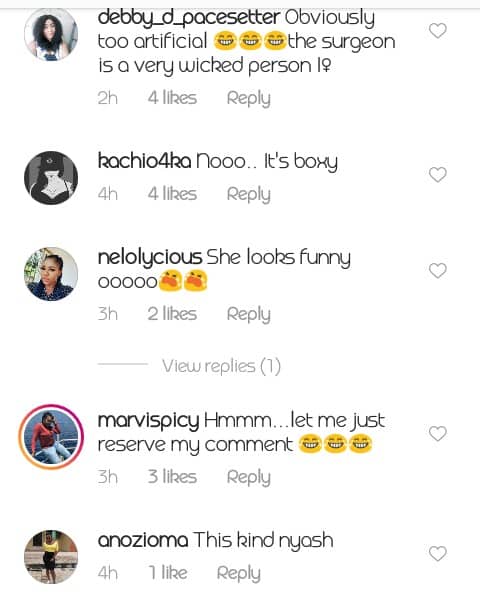