4-year-old Boy Falls Into Swimming Pool, Drowns While His Parents Were Asleep During Vacation


A mere 4-year-old boy has fallen into a swimming pool and drowning while his parents were fast asleep during vacation. 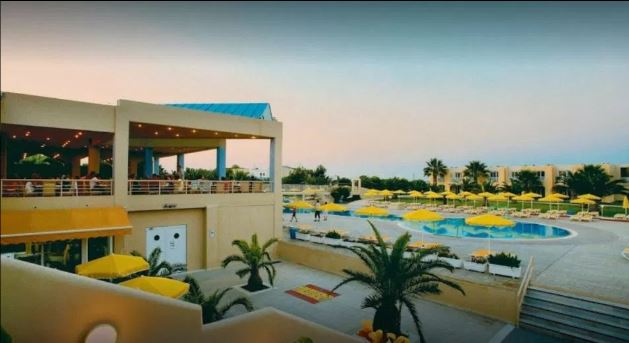 A four year old boy has drowned at a hotel in Kos
A four-year-old British boy has drowned in a tragic pool accident while on holiday with his family in Kos.
The lad is thought to have woken earlier than his parents before wandering from their hotel room.
He is believed to have jumped into the pool at the Atlantica Holiday Village resort on Saturday morning.
A guest at the hotel, who did not want to be named, told The Sun Online that the boy was found in the pool by a man who pulled the lad out while shouting for others to come and help.
Another male guest rushed to the scene and helped perform CPR on the child, the source said.
The little boy is understood to have died before emergency services arrived at the scene.
His parents were arrested - along with a hotel manager - on suspicion of manslaughter and endangering the life of a minor.
They were later released and were due to answer to the charges against them in court on the island.
A spokesman for the Greek police told the Sun: "It is common for next of kin to be arrested in such circumstances but as is always the case, they were not held in police custody and were immediately freed."
A spokesman for the Foreign Office said: "We are supporting the family of a British child who died in Kos, Greece, and our staff are in touch with the local authorities."
It was unclear last night if the little boy's body was still in the morgue at the island's state hospital.
His family were on a package trip with tour operator Tui.
The beachside Atlantica Holiday Village, in the Marmari area, on the northern coast of Kos, offers packages from £400-per-person per week.
It touts itself as a family-friendly resort and features a "kids' splash park" and an activity pool.
Kos is the Greek island where tragic tot Ben Needham is thought to have been kidnapped in 1991.
The British toddler, then aged 21 months, went missing from a farmhouse where his family had been staying.
***
Source: The Sun UK
Top Stories